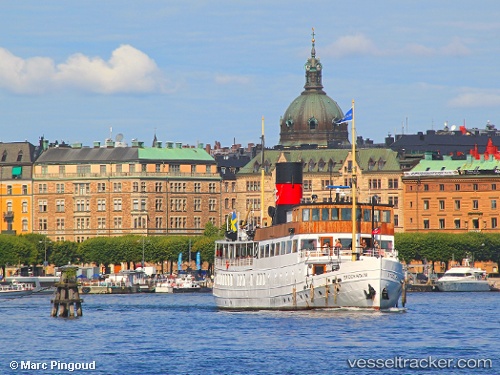 Cruise traffic hit an all-time high at Sweden’s Ports of Stockholm in the 2018 season. Between April and October, Ports of Stockholm hosted visits from 267 international cruise ships and 619,000 passengers at its cruise berths in located in Stockholm and Nynäshamn. The Port of Kapellskär also welcomed its first-ever cruise call when MSC Cruises’ MSC Meraviglia arrived with 3,500 guests this September, bringing the total number of cruise ships to 268. This marks a rise from both 2016 and 2017 when the ports welcomed a total of 230 ships and 490,000 guests and 263 vessels and 600,000 passengers respectively.

Royal Boskalis Westminster N.V. (Boskalis) has been awarded a contract by Ports of Stockholm to construct the quay wall for the new Stockholm Norvik Port in Sweden. The contract value amounts to approximately EUR 60 million. The project will commence in the autumn of 2017 and should be completed in the spring of 2020. Stockholm Norvik Port, the new freight port for rolling goods and containers, will be constructed in Norvikudden located 60 km south of Stockholm. The port will have seven berths for container ships and RoRo ferries. Boskalis will construct 1,100 meters of quay wall according to the design of the Port of Stockholm. The depth of the quay wall will vary between 16.5 and 10.5 meters. Part of the quay wall will be constructed by installing heavy precast concrete elements produced by Boskalis with the assistance of a large crane. ource: ShippingHerald

Hutchison Ports has signed a formal agreement with Ports of Stockholm to operate the container terminal under construction at Stockholm Norvik Port. The new port, which is near Nynäshamn, 60km south of the Swedish capital, will have better access, deeper water and greater capacity than the city centre facilities it will replace. Speaking after the signing, Clemence Cheng, Managing Director Hutchison Ports Europe, said: “We are delighted to complete the formal agreement to operate at Stockholm Norvik Port. The new facility will be the nearest container terminal to the Greater Stockholm area which generates 45% of Swedish GDP. As the only deep-water container facility on the East Coast of Sweden, Norvik Port will deliver both economic and environmental benefits by reducing overland transport, bringing ships and cargo closer to the country’s largest market.” http://www.hellenicshippingnews.com/hutchison-ports-signs-operating-contract-for-norvik-port/