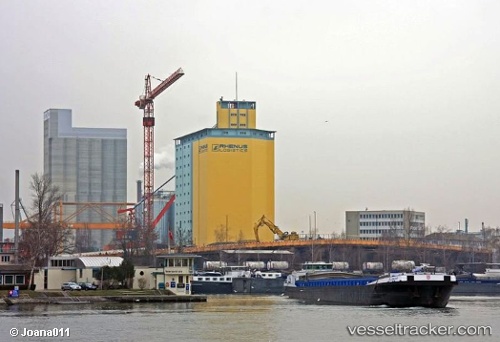 Swissterminal plan to build a container terminal with an annual capacity of 100,000 in the port of Weil

The Basel based terminal operator Swissterminal and the shipping companies Danser Switzerland and Ultra-Brag want to join forces to build a container terminal with an annual capacity of 100,000 in the port of Weil; an investment of €15 to 20 million, Port of Rotterdam said in its media release. Urban expansion is planned in the current port area of Basel. The logistics companies are expected to move to “Basel Nord“, where a large new container terminal and a new port basin can be built. Swissterminal in particular has been affected by the relocation plans and the company is convinced that it has found the right business location in Weil am Rhein (just over the Swiss border in Germany, a stone’s throw from Basel). The involvement of two important players from the port of Basel adds a lot of dynamism to the plan.Based on how the port of Rotterdam is expanding, the sector expects to see a sharp increase in container traffic on the Rhine in the coming years. The location in Weil offers enough possibilities to adapt the scale of the terminal flexibly to suit market demand. Before building can start, a number of infrastructural measures will have to be taken in Weil. The connection to the motorway, for example has been the subject of discussion for 20 years. There will have to be environmental compensation and Customs will also have to be involved if border traffic is to proceed smoothly with non-EU member Switzerland. Source : PortNews