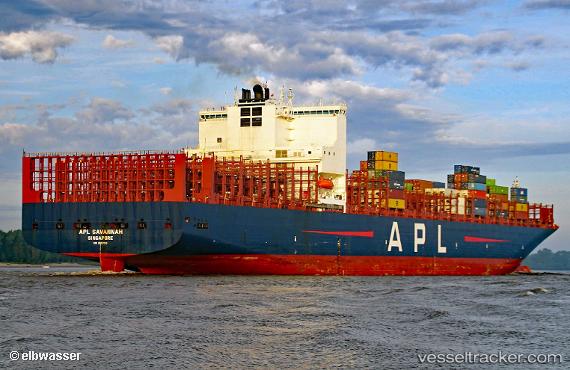 The newest ship, APL Savannah, was named in a ceremony on October 4 at the Port of Los Angeles, and was said to be "cold-ironing" ready. "APL has taken active steps to invest in green technology on our new ships to minimise our carbon footprint and promote sustainable global trade," said Kenneth Glenn, president of APL. "In addition to several environmentally-friendly innovations introduced onboard, we are happy to confirm that the APL Savannah and her sister ships calling at the port are ready for cold-ironing, ahead of the implementation deadline." A California rule calls for container ships to use shore power and shut their engines down while at port in the state by 2014.

APL has named their new 9,200-TEU (twenty-foot equivalent unit) container ship 'APL Savannah' at the Port of Los Angeles. The APL Savannah is the fifth in a series of twelve 9,200-TEU vessels to be delivered to APL, the container shipping arm of Singapore-based shipping and logistics company Neptune Orient Lines (NOL). She is also the first containership to be named and christened at the Port of Los Angeles.