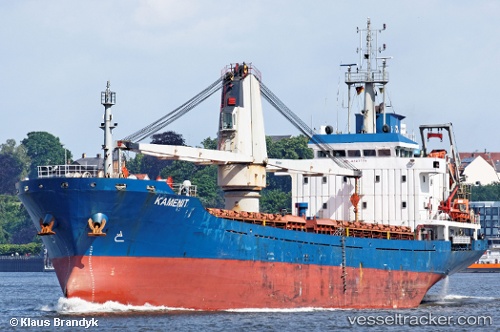 Freighter towed to Tuzla for repairs

After repair attempts by the crew of the 'General Shikhlinsky', which had suffered a technical failure at Oristano on Sep 1, 2021, had failed, the tug 'Paul' was contracted to tow the ship to Tuzla. Towage operation commenced on Sep 27. The convoy arrived at Tuzla on Oct 11 at 3.25 p.m.

two Malta flagged cargo ships belonging to Palmali Maritime Company, headed by the Board of Directors of Mubariz Mansimov Gurbanoğlu, who was arrested and imprisoned on charges of being a senior manager of the FETÖ Terrorist Organization, have been detained on May 6 in the port of Oristano, the 'General Shiklinsky' and the 'Khosrov Bey', 4109 gt (IMO:9437347), within the scope of Paris Memorandum (Paris MoU). The ships were inspected by PSC Inspectors who found irregularities with respect to the provisions of international regulations that ensure a minimum level of safety. The arrest report was issued by the PSC investigators due to the Palmali Maritime Company's debt to an international credit institution, which made an application to the Italian Maritime Authority. The 'General Shikhlinsky' had transported wheat, the 'Khosrov Bey' transported corn. Both were placed under seizure by the Civil Court of Oristano, pending the respective hearings, in the lawsuit filed by a creditor for fuel supplies previously made. The Port Authority of Oristano, together with Caritas, was now working hard to reduce the inconvenience of the on the whole 29 crew members, considering that the shipowner, probably due to economic problems, was unable to guarantee dignified living conditions. On June 22 the Port Authority of Oristano provided them with food and basic necessities donated by the diocesan Caritas.