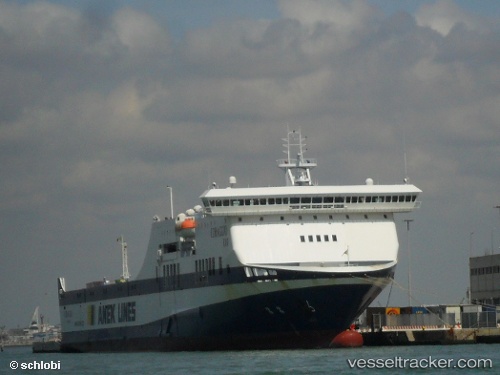 Two people fell overboard from the "Athena Seaways" south of Öland on July 2, 2019, at 10 p.m. After nearly six hours of search, the operation was terminated as there was no hope to find them alive- Throughout the night, a large search effort took place in the Baltic Sea with the help of two helicopters and several boats, including large merchant ships that passed the area. At 03.30 on July 3 , the search ended. The case has been handed over to the police. Weather conditions were 12 degrees in the air, 16 in the water and a wind of 11–14 meters per second. Both missing were from Lithuania. The ferry is sailing between Karlshamn and Klaipeda.

On June 22, 2019, the "Athena Seaways" assisted the Polish yacht "Xela" with eight people on board after the sailing ship had issued emergency signals between Sweden and Lithuania. All eight people were taken onboard the ferry. One woman was subsequently flown ashore by a helicopter. The weather in the area was very poor with up to 2.5 meters high waves. The conditions were tough for the sailors who suffered from violent seasickness and cold. Within 30 minutes almost the entire crew got severe symptoms of sea illness. After 15 minutes, one of the crewmen lost consciousness momentarily and the next ones were on the verge of losing consciousness. In addition, the yacht suffered water ingress was larger than the capacity of the bilge pump. The skipper chose to call for help. 50 minutes after the mayday call, the "Athena Seaways" was on scene and launched its MOB boat in the water. 50 minutes later, all sailors were brought to safety on the DFDS ship. The seven remaining sailors were brought to the hospital for a routine check-up after the "Athena Seaways" arrived in the port of Klaipeda. Reports with photos: https://maritimedanmark.dk/?Id=41286 https://sailbook.pl/kilka-slow-o-tym-co-wydarzylo-sie-na-jachcie-xela/

DFDS completed a purchase option for the "Athena Seaways" from the Grimaldi Holding Spa on May 31, 2016. The ship with its cargo and passenger facilities is particularly suited to the current and anticipated customer needs in the Baltic market. The ferry was bareboat chartered by DFDS in December 2013. Since then it has been deployed in the DFDS Baltic route network in either the Kiel-Klaipeda and Karlshamn-Klaipeda run, which mainly transported driver accompanied trucks and passengers traveling with their own car.