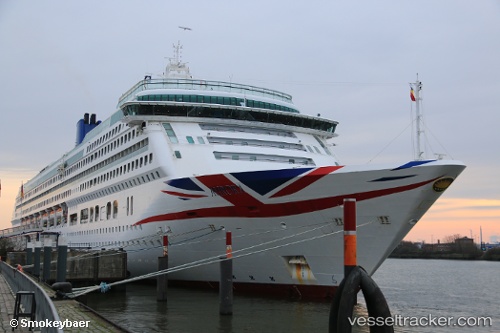 88 year old passenger died on board

An 88-year-old British passenger of the "Aurora" died aboard the ship in the morning of Aug 21, 2019. The vessel had sailed from Southampton to Funchal. The crew reported to the CROSS Corsen at 07.50 that the passenger had fallen ill. After a remote consultation of the maritime medical center of Toulouse and the SAMU in Brest, it was decided to send a Caiman NH 90 helicopter. Around the time when the staff was hoisted on board, shortly before 10 a.m., the patient was dead. His body will be kept on board until the ship has arrived in Funchal the next weekend.

P&O Cruises has confirmed Aurora will have six new single cabins as part of a planned dry dock, ahead of it becoming an adults-only ship. The 2,000-passenger vessel will enter dry dock in March 2019 and will have the balcony cabins fitted at the aft of Deck 8, where the kids club used to be. P&O Cruises has released no further details of the refurbishment at this stage. Aurora will join Arcadia and Oriana on April 8, 2019, as an adults-only ship.

P&O Cruises’ Aurora is to become an adults-only ship from April 2019, following extensive research and feedback from guests. Aurora, which will be refitted in March 2019, will be the line’s third adults-only vessel, joining Arcadia and Oriana.