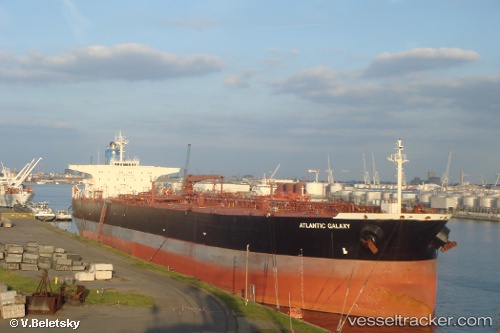 The 'Sophie Schulte', while en route from Murmansk to Fawley got both port and starboard side anchors fouled at Nab Anchorage 9 in the Eastern Solent in position 50 35 40.9 N, 001 02 58.9 W, on Jan 26, 2020. Both anchors were released at 12.55 a.m. and 07.25 a.m. Subsequently, the vessel was escorted into Fawley by the tugs 'Lomax' and 'Apex'. The anchors were marked with surface buoys with the given latitude and longitude. Southampton Marine Office was aware and visited the vessel. The AHTS 'Kingdom of Fife' was tasked to retrieve both anchors. An attempt was made on Jan 28, but the ship was unable to retrieve the anchors due to inclement weather and was now awaiting weather window. A Local Navigation warning BX was issued by the Coastguard. The vessel was planning to shift from Fawley into Southampton Berth in the evening of Jan 29, pending MCA approval. On Jan 29 the 'Kingdom of Fife' arrived at Nab Anchorage-9 at 11.40 a.m. for the next retrieval attempt. As the weather was still poor, the vessel will contact Southampton VTS, once the works have been completed. The vessel planned movements from Fawley into Southampton Berth-101 at 6.30 p.m.

The 'Sophie Schulte' along with the US Coast Guard assisted the disabled 68-foot sailing vessel 'Distant Drummer' more than 420 miles east of Cape Canaveral on Nov 24, 2019. Coast Guard 7th District Command Center watchstanders received a report at approximately 2:30 p.m. that the sailing vessel with six people aboard was disabled. The watchstanders issued an enhanced group calling (EGC) message and contacted the AMVER vessel 'Sophie Schulte', which was enroute from Corpus Christi to Southampton, UK, the Coast Guard Cutter 'Bernard C. Webber (WPC-1101)', a 154-foot fast response cutter homeported in Miami, and guided-missile destroyer USS 'Winston S. Churchill (DDG-81)', a 510-foot Arleigh Burke-class destroyer homeported in Norfolk, Virginia, to assist. The 'Sophie Schulte' arrived on scene first, and its crew attempted to assist in repairing the sailing vessel’s engine. She remained on scene until the 'Bernard C. Webber' arrived at 12:30 p.m. on Nov 25 and took the vessel in tow. The yacht was pulled to Fort Pierce where a 45-ft-boat of the Station Fort Pierce continued the tow to a safe berth Fort Pierce. Report with photo: https://coastguardnews.com/coast-guard-amver-vessel-assist-disabled-sailing-vessel-more-than-420-miles-east-of-cape-canaveral/2019/11/27/