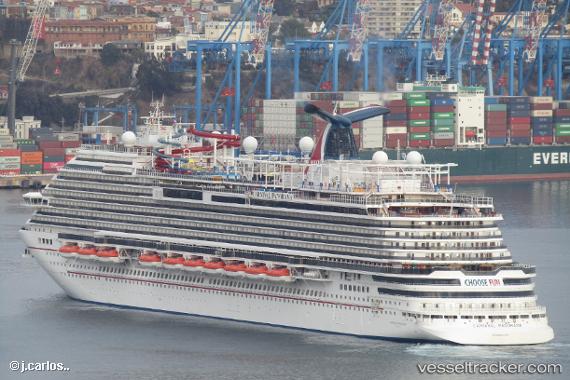 In a continuing effort to bring Carnival Cruise Line crew members home safely, the 'Carnival Panorama' was now en route to Asia. The vessel departed Los Angeles on April 19, 2020, and was on a nearly three-week voyage to Manila, an 8,200-mile mission, with an ETA as of May 8. Carnival Cruise Line was using its ships, under the direction of the CDC, to transfer and repatriate crew members. Crew members who will be transferring vessels have been cleared by the medical team and by immigration authorities in their home countries. All crew members have had their temperature taken daily while onboard and will so again during the debarkation process as the move to join the ship that will transport them home. It was unclear if the ship would stay in Manila until cruising resumes or if it returns directly to North America. In mid-May, the company announced a return-to-cruise date of June 27.

Debarkation delayed due to medical matter

After the 'Carnival Panorama' docked in Long Beach on March 7, 2020, it was experiencing debarkation issues as crews onboard investigated a medical matter which caused authorities to suspend debarkation. The guest in question did not meet CDC criteria for coronavirus risk, but officials still had questions. Shoreside medical team were in direct contact with authorities. Based on an evaluation at a local hospital, medical authorities wanted to administer a COVID-19 test out of an abundance of caution. The debarkation was be delayed until at 6 p.m. Staff were making accommodations for arriving guests buy providing lunch and a comfortable space. The ship left the port on March 8.

Carnival Cruise Line’s newest ship, Carnival Panorama, is entering the final stages of construction with interior and exterior outfitting being completed and crew members beginning to arrive at the Fincantieri shipyard in Marghera, Italy in preparation for its repositioning to southern California and her Dec. 11, 2019 inaugural voyage. The third in the highly successful Vista-class, Carnival Panorama will be the line’s first new ship homeported on the West Coast in 20 years.