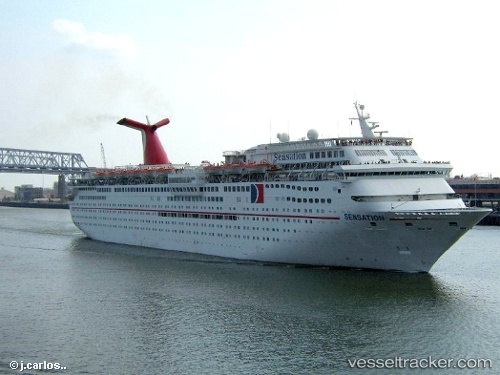 Carnival on the beach

The 'Carnival Sensation' has completed her final voyage to the Aliaga Shiprecycling Yard on April 4 and was beached on April 5 at 11.15 a.m., assisted by the 'Demirim' and 'Sefikbey'. She was sold for scrap earlier in 2022, after it was announced that she would not return to service as planned. Instead, the ship’s scheduled itineraries from Mobile, Alabama were reassigned to the 'Carnival Ecstasy', and while the 'Carnival Sensation' continued to host crew members transitioning in and out of quarantine periods, she would not welcome passengers again. The vessel finally left the U.S. from her holding position in the Bahamas on March 18, sailing across the Atlantic for the final time on her way to the ship-breaking facility, completing her 29 years of service with punctuality and distinction. Report with photos and video: https://m.youtube.com/watch?v=FsKRD5YzKY4#menu https://www.cruisehive.com/carnival-cruise-ship-ends-final-journey-at-scrapyard-in-turkey/69299

On March 18 the 'Carnival Sensation' has left the port of Miami on its last voyage to Aliaga, where she will be broken up, with an ETA as of April 4.

Pair of cruise ships sold to breakers in Aliaga

The Carnival Corporation has sold the 'Carnival Sensation' and 'Carnival Ecstasy', which were earmarked for disposal at the beginning of Feb 2022, to a Turkish, European Union-approved recycling facility. Breakers at Aliaga are offering between $350 and $380 per ldt for cruise tonnage on a delivered basis, which would equate to a price in the region of $11m for the 'Carnival Sensation'. Carnival has a strict policy of only selling directly to EU-approved green recycling facilities, even though Turkish scrap prices are substantially lower than the $585 per ldt that Pakistani breakers have been offering for cruise tonnage over the past two months. The ships had been in warm lay-up since the onset of the corona pandemic.