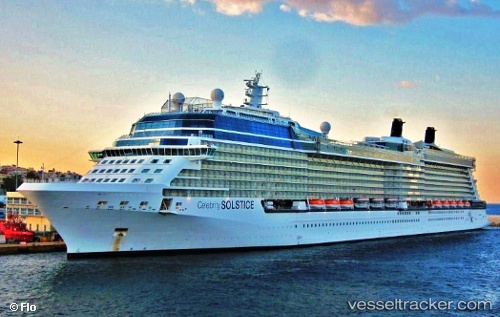 The "Celebrity Solstice" was forced to turn around and return to port in Seattle on July 19, 2019, after suffering a power outage shortly after the departure. She was headed to Alaska when the power suddenly went out. The ship was advised to return to port even though the power did come back on. The Solstice was escorted by the United States Coast Guard. None of the 4,321 passengers were injured or in any danger but the ship was required to get a classified inspection before it could go back into service. The ship has since departed for its itinerary and its first port of call in Anchorage where it was scheduled to arrive on July 21, with further stops in Juneau, Tracy Arm Fjord, Skagway and Victoria.

A Coast Guard Air Station Sitka MH-60 Jayhawk helicopter crew medevaced a woman from the "Celebrity Solstice" near Noyes Island, west of Craig, Alaska, on May 30, 2018. Coast Guard Sector Juneau watchstanders received notification from the captain of the vessel who reported that a woman was suffering symptoms of a heart attack. A flight surgeon for the 17th Coast Guard District recommended a medevac, and Sector Juneau watchstanders directed the launch of an Air Station Sitka helicopter crew. The Jayhawk helicopter crew hoisted the 61-year-old woman and transported her to Ketchikan, Alaska, where a Guardian Flight crew was waiting for transport to higher medical care. Weather at the time of the hoist was 5-mph winds with 10 miles of visibility. Report with video: https://www.ktoo.org/2018/05/31/watch-coast-guard-medevacs-woman-from-cruise-ship-near-craig/

The "Celebrity Solsice" being plagued with norovirus berthed in the Port of Tauranga on Nov 8 at 7.15 a.m. as part of a 12-night cruise from Sydney to Auckland via the South Island. Of the 3985 guests and crew, 213 have been struck down with the vomiting and diarrhoea bug. No new guests were boarding at Tauranga and the ship was to continue to sail as scheduled, departing at 6 p.m.