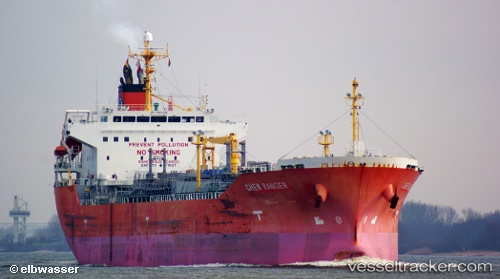 Following its departure from Singapore, the 'Chem Ranger', while under way in position 01 18 30N, 104 04 46E, about 6.2 miles northwest of Tanjung Tondong, Pulau Bintan, was boarded by perpetrators. The crew noticed them in the engine room on April 30, 2020, at 5.15 a.m. The general alarm was raised, and the crew members mustered. The Master reported the incident to the Singapore authorities and a safety navigational broadcast was initiated. The Singapore Navy, Singapore Police Coast Guard and the Indonesian authorities were notified. The Master took the tanker back to the port of Singapore and requested assistance from the authorities, to conduct a search on board for the perpetrators. Upon its arrival in Singapore, the Singapore Police Coast Guard officers boarded the tanker and conducted a search. There was no sighting of the perpetrators on board. The crew members were not injured, and nothing was stolen.

The Connecticut based company Chembulk filed a two-million U.S. dollars lawsuit last week in a federal court in Baton Rouge, Louisiana, looking to arrest the "Chem Ranger". In addition to targeting the vessel, the lawsuit focused on registered owner Lantern Maritime as the defendant. The vessel was en route to Venice to Cristobal as of Aug 17, 2019. The complaint stated that Lantern Maritime removed the vessel from Chembulk's service on Aug 7 after Chembulk began raising issues in February. Subsequently, Chembulk alleged, Lantern refused to allow the vessel to take on a load of phosphoric acid, costing Chembulk 185,000 U.S. dollars in a sub-charter with Midgulf International. In April, the complaint stated Chembulk discovered it had overpaid Lantern 815,184 U.S. dollars in hire between Nov 2014 and 2018, 524,098 U.S. dollars of which is outstanding. Chembulk was also looking to recoup at least 250,000 U.S. dollars in lost profit from the vessel being unavailable and 229,690 U.S. dollars for the fuel still onboard. In addition to attorney?s fees and interest, damages total two-million U.S. dollars.