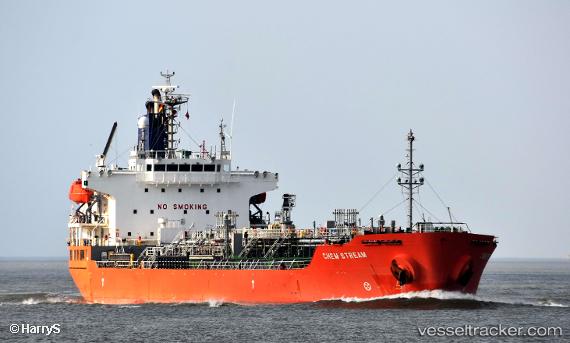 Stream Tankers AS (“Stream”) has entered into an agreement with BW Tankers Limited (“BW”), whereby BW will acquire 10 chemical tankers from Stream. This includes the sale of M/T Stream Luna (19.999 dwt./built 2010 at Shitanoe) and M/T Stream Mia (19.702 dwt./built 2008 at Fukuoka) to BW, the company said in its press release. According to the agreement, BW will also acquire the eight newbuilding contracts that Stream has entered into with Fukuoka Shipbuilding Co. Ltd. and Shitanoe Shipbuilding Co. Ltd. These eight 19,900 dwt. chemical tankers with cargo tanks in stainless steel will be of the new Fukuoka/Shitanoe eco-design hulls. Combined with modern efficient engines the vessel will give substantial fuel reductions when they are delivered in 2015 to 2018. Stream Tankers AS is owned by Utkilen AS (60%), EGD Shipholding AS (35%) and BSCO AS (5%). Utkilen AS is a fully integrated shipping company with headquarters in Bergen, Norway. Utkilen dates back to 1916 and owns and operates 22 chemical tankers ranging from around 5,000 to 20,000 dwt. in size. Utkilen is one of the major seaway transporting companies of chemicals and other bulk liquid cargoes in Northern Europe. EGD Shipholding AS is owned by EGD Holding AS (www.egd.no). EGD Holding AS was founded in 1907 and is a Bergen-based investment company with main focus on Shipping and Real Estate. EGD Shipholding has ownership interests in more than 40 vessels. BSCO AS is owned by Mr. Bjørn Sjaastad, Chairman of Stream Tankers AS and Utkilen AS.