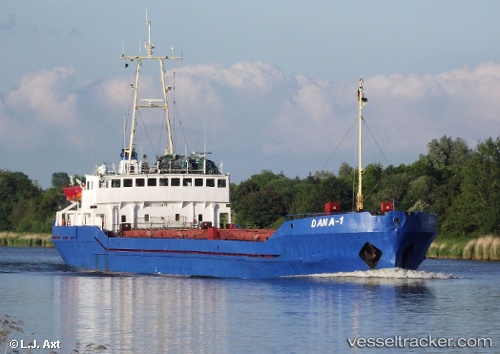 The Port Authority of Salerno seized the "Dana 1" which arrived on March 29, 2019, with a load of timber from Temryuk, following a port state control. The inspection team of the local Maritime Authority was triggered immediately upon arrival at the port when a note had been received signed by all of the crew who reported the non-payment by the shipowner of the salary, declaring a strike and the consequent block of commercial operations. During the checks on board, the inspectors of the Coast Guard of Salerno, under the regional coordination of the Naples Maritime Directorate, also found a series of serious violations of the international norms regarding navigation safety and arrested the ship in port. On April 18, all the major deficiencies relating to navigation safety were remedied as was the payment by the shipowner of the salary, who, by revoking the status of strike, allowed the start of commercial operations to unloadthe cargo on board. The Port Authority has also issued a notice of banning of the ship ifrom the ports within the Region of the Memorandum of Understanding of Paris (Paris MOU) for a period of three months. The ship left the port at 4 p.m., next bound to Izmir, ETA March 23. Italian reports with photos: https://www.asalerno.it/nave-moldava-bloccata-al-porto-di-salerno/ https://www.salernotoday.it/cronaca/nave-moldava-bandita-porti-europei-capitaneria-salerno-18-aprile-2019.html

Ship banned due to 33 defiencies

On Sep 6, 2011, the "Dana-1" has been banned for a minimum of 3 months after multiple detentions. The ship was detained in the port of Neustadt on Sep 1. 33 deficiencies were found on board the ship. Statutory certificates issued by Shipping Register of Ukraine were only one month old. The ship was inspected with priority due to the grounding on Aug 31.