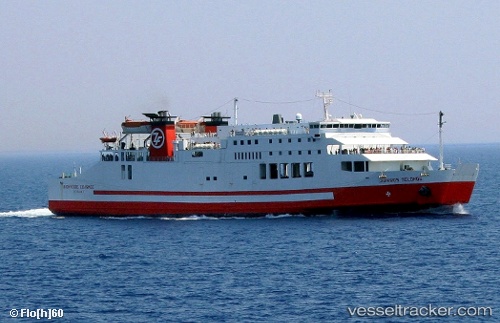 In the morning of Oct 25, 2019, the 'Dionysus Solomos' with 289 people on board, being about to depart from Piraeus bound for Kythnos-Serifos-Sifnos service, suffered a mechanical damage to the port side main engine. The captain informed the Port Authority which banned the ferry from sailing until the presentation of a class certificate by the monitoring classification society. After the damage was rectified, the ferry sailed at 8.20 a.m.

The 'Dionisios Solomos', en route from Piraeus to Kythnos-Milos-Santorini with 250 passengers and 49 crew members on board, suffered a main engine failure off Kythnos Island on Sep 21, 2019. The vessel sailed back to Piraeus port, where passengers disembarked safely. The Central Port Authority of Piraeus detained the vessel in port until the engine was repaired and a certificate of seaworthiness was issued.

The Port Authority of Sifnos was informed by the "Dionysios Solomos" operatiing on the scheduled service from Piraeus on the route Kythnos - Serifos - Sifnos - Milos - Serifos - Kythnos - Piraeus that the ferry, while berthed in Milos, suffered a malfunction of the cooling system of a generator on July 24, 2018. An inspector of the Milos Port Authority found a water loss from the electromechanical caps and from the turbine of the electric generator. The ship was detained until the damages have been rrepaired and a class maintenance certificate presented by the classification society. The 129 passengers of the ship were carried on aboard another ship.