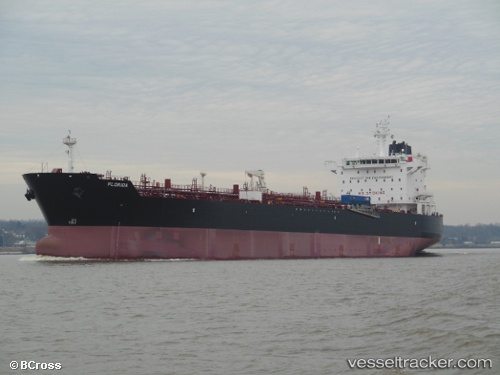 The U.S. Coast Guard was investigating the collision of the tug "Ingot" with the "Florida" during a docking manoever at the Valdez Marine Terminal on June 27, 2018. The Alaska Department of Environmental Conservation was helping with the investigation. The incident happened in calm weather and raised questions about whether the incoming crews need more time to become proficient on the new tugs. Tug operator Edison Chouest was the process of taking over a 10-year contract from longtime operator Crowley Marine to provide tanker-escort and spill-prevention duties at the terminal where North Slope crude oil is loaded onto tankers. The official transition date was July 2. Edison is replacing Crowley's 250-person workforce with its own crews, and has built several tugs and barges for the job at its 48 shipyards. In the morning of June 27, the "Ingot" struck the "Florida" while assisting the tanker to dock at the terminal. The contact left a dent in the hull about 20 inches long, six inches wide, and three inches deepOfficials with the Coast Guard and the American Bureau of Shipping inspected the double-hulled tanker after the accident. They allowed the tanker to load oil and sail as originally planned on June 28 at 1 p.m., bound to Nikiski.

Jacksonville, Florida-based Crowley Maritime Corporation has announced that its petroleum services group has sold two Jones Act tankers to Kinder Morgan Energy Partners, L.P. (NYSE: KMP) for approximately $270 million. The tankers, the MT Pennsylvania and MT Florida, each have 330,000 barrels of cargo capacity and have been under long term charter transporting gasoline, jet fuel, diesel and crude oil since being placed into service in 2012 and 2013, respectively. Crowley says it will continue to manage the vessels with no changes in crewing or operations. “This transaction helps Crowley maintain a healthy balance in our capital program,” said Tom Crowley, chairman and CEO. “We have invested more than $1.5 billion in new, U.S.-built tank vessels in recent years, giving us a fleet of 17 articulated tug barges (ATBs) and four new 330,000 barrel tankers being delivered in 2015 and 2016. We are committed to continuing to provide safe and reliable petroleum transportation to our customers.” Under the new ship management agreement with Kinder Morgan for the two vessels, Crowley will continue to utilize sailors from the American Maritime Officers Union and Seafarers International Union, who have safely operated these tankers since their inception.

Crowley Maritime Corporation christened its newest tanker, Florida, today at the Aker Philadelphia Shipyard and will soon put the 330,000-barrel ship to use in the U.S. Gulf for a major energy customer. This U.S.-flag vessel is the second of two American built, operated and crewed tankers Crowley purchased last year from Aker. More than 100 guests, including Chairman, President and CEO Tom Crowley; friends and employees from Crowley; representatives from the customer, shipyard, and labor along with other industry dignitaries, gathered to celebrate the vessel’s christening, which was performed by Nina Glende Johnsen, the wife of Aker President and CEO Kristian Rokke. The Florida, which will provide 50 American seagoing and shore-side jobs, will soon be placed into service delivering domestic oil to U.S.-based refineries. The tanker Pennsylvania, which was purchased from Aker and delivered in September, is currently at work in the U.S. Gulf. More at http://en.portnews.ru/news/154218/