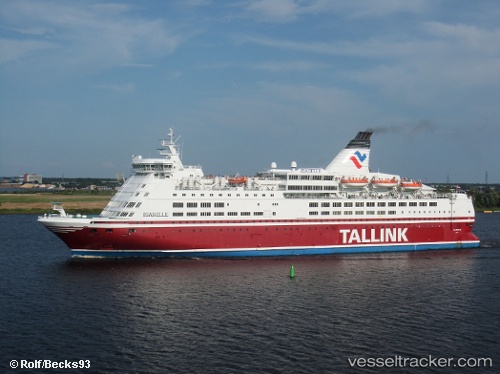 The Tallink Group decided on April 4, 2022, to charter the 'Isabelle' as accommodation for refugees in Estonia. Thus, the company will not restart the line between Stockholm and Riga this year. At the end of March the Tallink Grupp had announced that the company intended to restart the route between Stockholm and Riga from June 3 with the 'Isabelle'. But now the company has changed again, and the ship will instead be chartered by Estonian authorities as accommodation for refugees starting on April 7. The vessel will initially be chartered out for four months with the possibility of extension for two months and then for another two months, as needed. It has not been an easy decision, because the Riga-Stockholm route that it took almost 16 years to build was first strongly affected by the covid crisis and now further by the uncertainty and price increases. The decision offer help to refugees in the form of housing, which there is an urgent need for, but also jobs on board the ship for people who have had to flee. Tallink will offer employment to the crew and employees who currently work for the company's Latvian organization on board Tallink's other vessels, and also to the 'Isabelle' in the coming months.

In the evening of Aug 28, 2018, a passenger was evacuated from the "Isabelle". The ferry was en route to Stockholm from Rīga, and the passenger was lifted with a helicopter. The ferry resumed its course shortly after the rescue. Report with video: https://eng.lsm.lv/article/society/society/passenger-evacuated-from-tallink-ferry-to-stockholm.a290364/