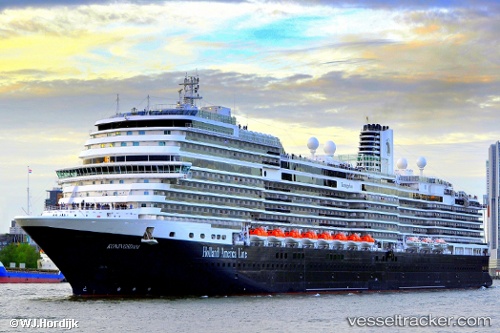 After the 'Koningsdam' docked in Puerto Vallarta, 20 Mexicans were waiting to disembark. They have spent 63 days on a must-do voyage that began on March 13 in Aucklamd. Until the afternoon of May 14, they had not received instructions about the possibility to disembark in the next few hours. The objective of docking was to supply fuels, food, for maintenance reasons and to plot the route to follow in the coming days. They were transferred from the 'Noordam' to the 'Koningsdam' on April 15, in the waters of Ensenada, Baja California, to continue their route to Puerto Vallarta where the ship anchored on May 13. The Port Captaincy began negotiations with the HAL to the extent of its capabilities and responsibilities, to manage the landing of the group of Mexicans. It was regarded only a matter of hours before they can be allowed to get off the cruise, once authorized by the company.

The Port Authority of Kefallinia was informed in the morning of May 22, 2019, that a 70-year-old passenger of the "Koningsdam" suffered acute cardiac problems and needed an immediate transfer to a hospital. The vessel sailed to the port of Argostoli, and the patient was was transported initially with an ambulance vehicleto the General Hospital of Kefallinia and from there to the University Hospital of Patras for further medical examinations.