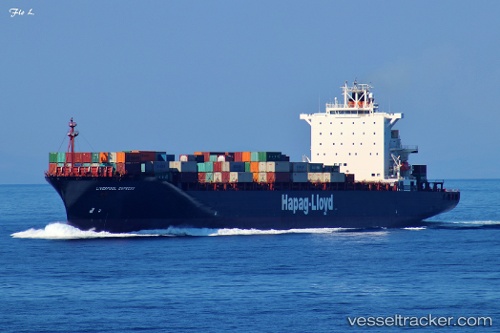 The "Liverpool Express", while sailing in position 02 31 S, 80 05 W, 3.6 miles off Isla Escalante, Ecuador, was approached from astern by a fast-moving boat on April 1, 2019. Subsequently, the duty officer on board alerted the rest of the crew. Another boat was then noticed. One of the boats, with 10 perpetrators followed the vessel, while the second boat approached the vessel from the starboard side attempting to hook on a telescopic ladder to the vessel?s guard rails. The pilot notified the Port Control and the Ecuador Coast Guard. The perpetrators fired a few shots towards the search lights resulting in all the vessel's crew retreating into the bridge and the accommodation area. Later the boats aborted their approach and moved away. All the crew members were reported to be safe.