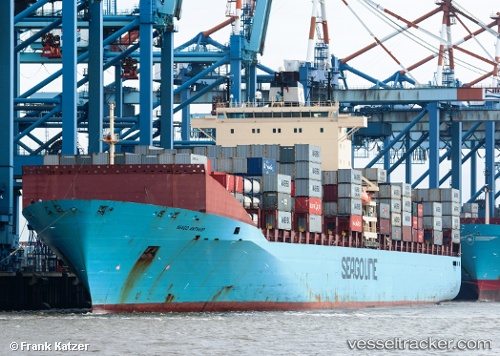 On April 14, 2019, the Port Authority of Chania was informed that a 48-year-old crew member of the Seago Antwerp" was in need of immediate hospital care and was to be transferred by a Navy helicopter to the Souda military airport. The patient was safely hoisted and taken to the Souda military airport and then to the Chania General Hospital by ambulance. The ship berthed in Limassol on April 17.

Maersk’s regional carriers go to market under one brand

To further build on the common strengths in the value propositions of Maersk’s intra-regional brands, MCC, Sealand and Seago Line will go to market under one unified brand name, Sealand – A Maersk Company, Maersk says in its press release. Effective October 1st, customers of Seago Line, MCC and Sealand – the three intra-regional carriers of A.P. Moller-Maersk – will see the brands united under a single name of Sealand – A Maersk Company. The rebranding will reduce the complexity towards customers thanks to a simpler brand identity, while raising the visibility of product offering and focusing marketing efforts and investments on one brand name, with one digital platform. Sealand - A Maersk Company, will continue to operate independently from Maersk. Its current structure of three teams, in three locations, reporting to their regional CEO’s remains unchanged.