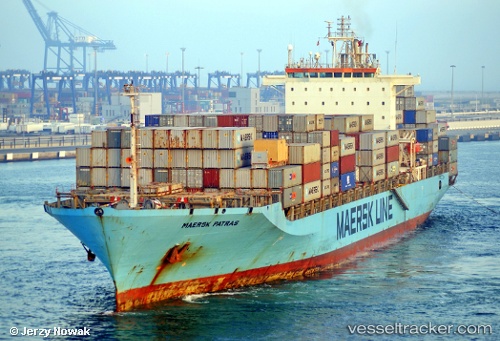 The "Maersk Patras", while en route from Montreal to Bremerhaven, suffered an engine failure upon its departure from section 76 of Montreal Harbour, Quebec, on May 24 at 5.40 a.m. The pilot requested the assistance of a tug. The crew carried out repairs and the vessel resumed its voyage.

Officer was doing longshoremen's work when he fell to death

The body of Ravindu Lakmal Pieris Telge, a 31-year-old Sri Lankan, who fell overboard the "Maersk Patras" at 09:30 a.m. on May 19 off Les Escoumins, has not yet been found despite a search and rescue operation supervised by the Canadian Coast Guard. Within minutes following the incident, several boats had joined the search, including the Tadoussac Coast Guard rescue boat, the St. Lawrence pilots' boat and a Coast Guard hovercraft. A Canadian Armed Forces Cormorant helicopter was dispatched to the scene. Searches ended around 7 p.m. and the investigation was transferred to the Sûreté du Québec. The investigations by Transport Canada and the International Transport Workers' Federation (ITF) indicated that the man fell into the river while handling a safety bar four meters high and weighing almost half of his weight, unlashing container cargo. He was doing work that should normally be performed by longshoremenat in the Port of Montreal. On May 23 the International Transport Workers' Federation (ITF) called on Transport Canada to prohibit foreign seafarers from maneuvering and securing cargo while the ship is on the move. The union had already asked the Canadian Government to put an end to this practice.

The "Maersk Patras" lost a crew member overboard while taking a pilot on board off Les Escoumins, Quebec, in the Saint Lawrence river estuary on May 19, 2019, around 9.30 a.m. sailing upstream, below Quebec City. The vessel had arrived from Antwerp, being bound for Montreal. An SAR operation was launched which lasted until the evening. The Second Officer, who wasn’t wearing a life jacket, had little chance of survival in 6 C water. The ship resumed its voyage at 7.45 p.m.