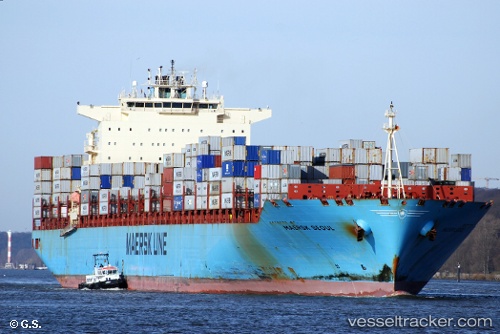 Hamburg-based ship manager E.R. Schiffahrt informs it has been appointed by Maersk Line to manage three further vessels. With this new mandate, E.R. Schiffahrt increases the managed fleet for the world’s largest liner company from six to nine. The new contract comprises the management of three 8,400 teu containerships and includes the crew and technical management, as well as additional services relating to safety/security, environmental protection and energy efficiency. The 11-year-old container vessels will be bare boat chartered by Maersk and continue to be trading as Maersk Saigon, Maersk Stralsund and Maersk Seoul. The ship management service began July 13, 2017.

Cargo forwarders waiting for information after explosion in container cargo

The "Maersk Seoul" which had suffered an explosion in the cargo on July 19, 2015, in Strait of Hormuz, while en route from Dubai to Jeddah, was moored at Mina Rashid anchorage on Aug 2 and was remaining there since. After the accident the vessel had initially been taken to Hulaylah Terminal and stayed there until July 30, then it moved to Dubai. The vessel was carrying a number of containers of South African citrus bound for the Middle East. Forwarders meanwhile have been trying to get from Maersk information with regards to their containers and cargoes and were awaiting feedback from Maersk and additional information for the vessel’s movements before and after the incident.