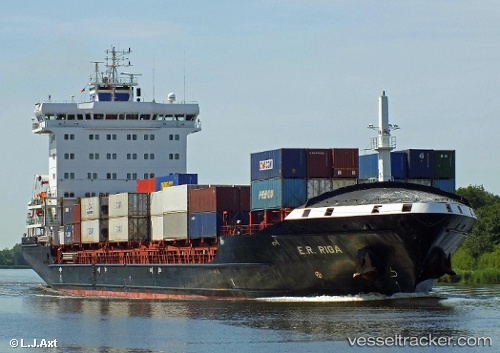 On May 25, 2021, the 'Marielyst', while enroute from Las Palmas to Cadiz, requested the medical evacuation of a crew member of Polish nationality from the container ship about 130 nautical miles Southwest of Cádiz. Salvamento Marítimo scrambled the helicopter Helimer 201 which hoisted the patient and transported him to Jerez to be treated by a medical team.

The 'Marielyst', while berthing at the port of Las Palmas, Canary Islands, allided with the containership 'MSC Rosaria' (IMO: 9320453) on Jan 26, 2021, at 7.40 p.m.. The ship came from Alicante and had a pilot on board. The Portuguese maritime investigations team has already commenced procedures for collecting evidence for analysis, from the vessels and the Spanish authorities. The 'Marielyst' left the port agani on Feb 2, bound for Villagarcia. The 'MSC Rosaria' left on Jan 26 at 8 p.m., headed to Dakar with an ETA as of Jan 28.

On Oct 19, 2017, at 6.40 p.m. the "Marielyst" allided with a gate of the Kiel Canal locks in Kiel-Holtenau during a failed mooring manoever upon entering the lock. No reports about damages, which were, if any, minor. The ship continued the voyage at 9.45 p.m. It was underway from Gävle to Antwerp and moored on Steenbank anchorage on Oct 21 around 9 a.m.