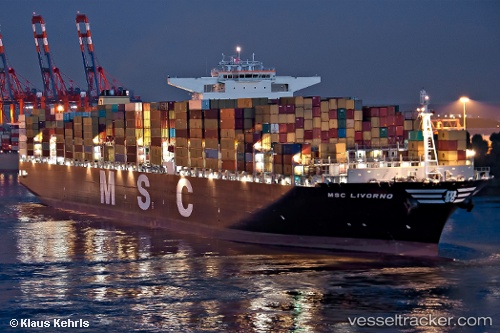 Underway from Yantian to Suez the "MSC Livorno" saved the crew of an f/v off Vietnam. Around 9 a.m. an emergency call was received after a gas cylinder had exploded on the boat. Four crewmembers had suffered severe burns. The container vessel was only 40 kilometers away from the accident site and immediately set course for the disabled vessel. Once on scene, the huge ship was set adrift towards the casualty, only supported by the bow thrusters. The first officer was lowered onto the deck of the f/v with a crane, and the injured were hoisted aboard using a stretcher. Several hours later, a Vietnamese ship with a doctor on board took over the transport injured fishermen. The "MSC Livorno", resumed its course. On 7 July, 2011, the vessek is expected in Hamburg.