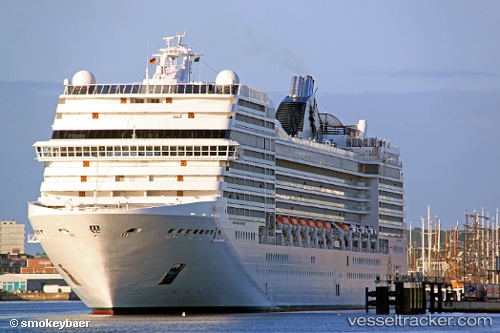 MSC Cruises is to homeport two ships in South Africa in the 2021-2022 season as part of its commitment to boosting tourism in the region. Following extended ‘Grand Voyages’ from Venice in Italy, Musica-class vessel MSC Musica will arrive in Durban on November 2020 and Lirica-class ship MSC Opera will begin homeporting in Cape Town from 5 December.

Upon its arrival in Maputo Bay on Nov 9, 2018, coming from Durban, the "MSC Musica" dropped anchor off Portuguese Island, as passengers prepared for what they expected would be a full day of fun and relaxatiion on a tropical island, or perhaps a side excursion to nearby Inhaca Island. MSC Cruises has developed quite extensive facilities on the otherwise deserted Island where local islanders from nearby Inhaca are employed to provide essential services while other locals set up stalls to sell home-produced souvenirs etc. For the island folk this is in many instances an essential term of employment. However, the news that greeted the ship was that there was unrest on the island and that the people were waiting for the ship to arrive to express their grievances to someone in authority. So instead of passengers being the ones to board the tenders that carry passengers and crew from the ship to the beaches on Portuguese Island, it was the ship’s master, Captain Pinto, together with his chief engineer and a number of his officers and perhaps some of his security staff who boarded the tender and set off in the direction of the island. They returned a little later after which an announcement was made to the effect that on account of fears for “passenger safety” due to unrest ashore, the shore visit to Portuguese Island had been cancelled. At noon, the ship set off north-eastward towards the next destination, Pomene, where things went as planned and passengers were able to go ashore to enjoy the facilities.