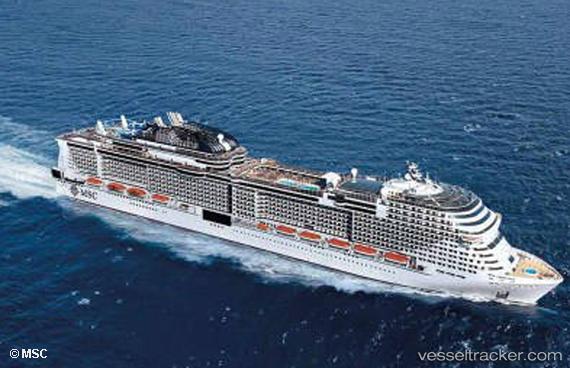 A passenger died at Portland Port aboard the 'MSC Virtuosa' on Sp 5, 2021. The Dorset Police was called to Portland Port at 1.53 p.m. after receiving reports of the sudden death of a man. The man, in his 70s, was onboard the ship which had berthed at Portland Port in the morning. His death was not being treated as suspicious and his family has been informed. The matter was now with the coroner.

On July 28, 2021, a 37 year old rowdy passenger was thrown off the 'MSC Virtuosa' while she was visiting Greenock. The crew requested that a number of passengers disembarked the ship 'due to their conduct'. One passenger was issued with a formal police warning following the disturbance at the Ocean Terminal in the afternoon. Officers were called to reports of an altercation between passengers at around 4 p.m. No one was injured.

Cruise ship barred from docking in Greenock on days' notice

The 'MSC Virtuosa‘ was barred from docking in Greenock, carrying only UK passengers on a tour of the British Isles with just days’ notice,. she was due to call at the port for nearly 12 hours on June 9, 2021, as part of a seven-day cruise. It would have been the first cruise ship to call at a Scottish port this year after other planned visits were cancelled. The trip started in Liverpool on June 8 and is also due to visit Belfast, Southampton and Portland. Passengers booked to join the cruise in Greenock may now have to travel by road to Liverpool instead. MSC Cruises stated: “Due to the latest Scottish Government Covid restrictions and regulations, we are sorry to inform you that the port call of Greenock has been cancelled. No guests are allowed to embark or disembark. This decision has been made by the Scottish Government and is out of our control. In light of recent information received, we are now awaiting further clarification from the relevant authorities in Scotland about the situation for cruising, which regrettably means we have had to cancel our proposed visit to Greenock tomorrow. We hope that our calls to Scotland with our special cruises can commence soon considering how much we were looking forward to welcoming our Scottish guests onboard MSC Virtuosa and how we are aware of the important and widespread contribution the cruise industry makes to Scotland.” Further MSC Virtuosa cruises booked to call at Greenock over the following two Wednesdays have also been cancelled One third of the hundreds of passengers aboard this week’s cruise had been expected to go ashore for excursions from Greenock. Three quarters of passengers had received both Covid vaccine jags and been triple tested, with the crew vaccinated and tested. Jacqueline Dobson, president of Barrhead Travel, said: “The news today is yet another hammer-blow for the Scottish travel industry, Scottish holidaymakers and for regional tourism partners who were looking forward to welcoming UK guests ashore for excursions. Cruises from Greenock have been on sale for months, yet despite urgent calls from the industry, the Scottish Government has provided less than 36 hours’ notice that these sailings cannot go ahead. It is unsustainable for the Scottish Government to continue to make announcements without constructive consultation with key industry partners when these decisions have such a profound impact on business.”