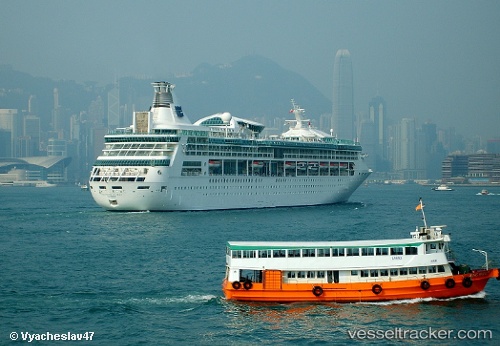 300 Jamaican crew members to be disembarked

Approximately 300 Jamaican staff were set to disembark from the 'Rhapsody of the Seas' and the 'Disney Wonder' in Port Royal in Kingston on June 20. In keeping with the Government’s controlled re-entry programme, all persons will be processed using the established protocols for testing, sensitisation, and quarantine that would have obtained for all previous ship arrivals, including mandatory state quarantine until their test results are available.

14 Costa Rica crew members of the "Rhapsody of the Seas" returned home on June 11 under strict sanitary measures after the vessel arrived in Puerto Limón. It is the second time that Puerto Limón receives Costa Ricans who return home on the ship. In May 97 Costa Ricans returned on this same way. A specialized first medical intervention team has been organized from the Costa Rican Social Security Fund, made up of officials from the Tony Facio hospital and the Limón Health Area. The officials were in charge of the tasks of taking vital signs, clinical evaluation and taking a respiratory sample of the symptomatic as established by the national guidelines for health surveillance. The CCSS staff was made up of doctors, nurses, nursing assistants, networks, laboratories, computer scientists and brigadistas who were prepared to attend to Costa Rican crew. Officials of the Migration Police will be at the dock carrying out the corresponding immigration control, then they will be notified of the sanitary isolation orders for 14 days. The entire reception and processing process took place in controlled and separate areas, without any contact.

With the presence of Colombian Immigration officials, health personnel from the Departmental Health Secretariat, National Police, 52 crew members were disambarked fron the 'Rhapssody of the Seas' at San Andrés on May 27, 2020, at 11. a.m. The ship's captain presented the Maritime Declaration of Health to the officials of the Ministry of Health, who took temperature controls of all the crew. Likewise, the captain provided a list of medications on board, a yellow fever vaccination certificate, follow-up of the crew with temperature taking, and isolation screening for the last 14 days. There was a sanitary inspection of the ship, prior approval by the doctors of the Ministry of Health and with environmental personnel, to verify the sanitary conditions of the ship and the crew, and with the information of the last ports visited in the last ten days. The process was attended by Migración Colombia and the Occre Office of Control, Circulation and Residence. The crew members were interviewed by the health personnel, and the temperature was taken again, then they delivered a signed consent to allow departure to the final destination. Three school buses from the departmental government and the Ministry of Education were arranged to make the transfer. The staff was transported with all the protocol measures to a hotel in the south of the island, to enter a preventive quarantine for a period of 14 days.