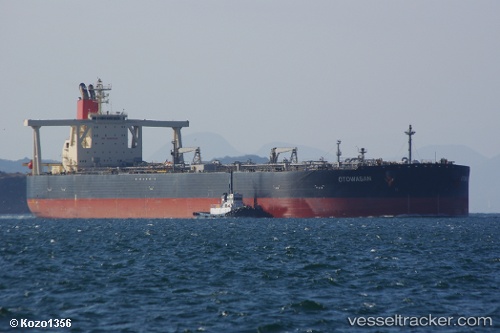 USS Porter back on sea after collison with Otowasan

The USS "Porter" has returned to sea following its August collision with the "Otowasan" near the Strait of Hormuz. The destroyer underwent repairs worth $700,000 in the United Arab Emirates. The collision had left a breach about 10 feet by 10 feet in the starboard side of the ship which rejoined its carrier strike group in the Mediterranean Sea in October. The ship will undergo further repairs when it returns to Norfolk in November. A new commanding officer was put in place following the collision.

A U.S. Navy guided missile destroyer was left with a gaping hole on one side after it collided with an oil tanker early Sunday just outside the strategic Strait of Hormuz. The collision left a breach about 10 feet by 10 feet (three by three meters) in the starboard side of USS Porter. No one was injured on either vessel, the U.S. Navy said in a statement. The collision with the Panamanian-flagged and Japanese-owned bulk oil tanker M/V Otowasan happened about 1 a.m. local time. Photos released by the Navy showed workers standing amid twisted metal and other debris hanging down from the hole. The cause of the incident is under investigation, the Navy said, though the collision was not "combat related." There were no reports of spills or leakages from either the USS Porter or the Otowasan, the Navy said. Navy spokesman Greg Raelson said the destroyer now is in port in Jebel Ali, Dubai. "We're just happy there were no injuries," he said. "An investigation is under way." Photo showing the breech: http://www.spokesman.com/photos/2012/aug/13/171703/

The US Navy says one of its guided-missile destroyers collided with an oil tanker early Sunday but that no one was injured in the accident. The collision involving the USS Porter and the Panamanian-flagged bulk oil tanker M/V Otowasan occurred at approximately 1 a.m. local time, the US Navy said in a statement, on Saturday August 10,2012. The damage to the Porter is being evaluated and the incident is under investigation, the Navy added. The USS Porter is on a scheduled deployment to the US 5th Fleet, which is based in Bahrain.