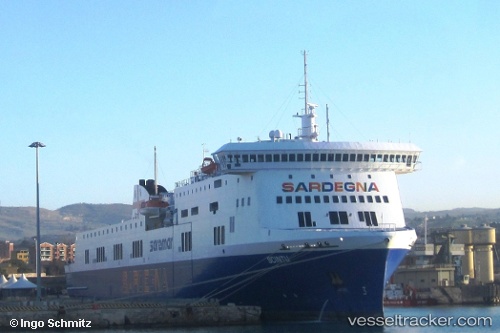 On June 7 Francesco Romano, 37, from Trapani, testified in the hearing regarding the fire on the 'Norman Atlantic', in the night of Dec 27, 2014, causing the deaths of 31 people and injuries of 64 passengers. Romano is one of the 24 defendants, with the owner of the ship of the ship, Carlo Visentini, of the Visemar company, the two lawyers as representatives of the Greek company Anek Lines, charterer of the ferry, captain Argilio Giacomazzi and 19 other members of the crew. To them the prosecutors of Bari Ettore Cardinali and Federico Perrone Capano contest, for various reasons, the crimes of negligence, manslaughter as well as numerous security breaches. The trial is held in the Bitonto bunker classroom. Roman has answered the questions of the defender, the lawyer Cesare Fumagalli, and the Prosecutor's Office. On the ship, with the qualification of second mate, he was spear chief. It was he who prepared to lower a lifeboat with about 80 passengers on board, compared to 150 that could contain them, without having been ordered to abandon the ship.

In the frame of the trial regarding the fire which broke out aboard the 'Norman Atlantic' in the night of Dec 27, 2014, off the Greek coast, resulting in 31 dead passengers and 64 injured, one of the 26 defendants, Captain Argilio Giacomazzi, on April 27, 2022, recalled his memories of that night at the court in Bari: "When the fire alarm sounded, I immediately rushed to the starboard side of the ship and saw a flame, it must have been two meters, which protruded from the hatch. We have given the general emergency, it means preparing the ship for possible abandonment. But I never gave this order, because with waves like this a launch would never have reached the sea, it would have broken, smashed on the hull of the ship". He spoke at the last hearing of the trial that began over two years ago, recounting the dramatic moments of the shipwreck and clarifying that he had never given the order to abandon the ship, even if at a certain point, "in general panic", the boats and the rafts were lowered and in fact some passengers died falling into the freezing water. His order had been to get all the passengers out of the cabins and gather them on the top deck, awaiting help. "There were about 200 people on the deck, it was raining, there were women and elderly people, there was wind and a lot of smoke. The passengers remained all night on the deck, outdoors, sitting, lying down , with the blankets we had". When the first rescue vessels arrived, the first castaway who was evacuated was a woman with a child, aged three or four years, who were hoisted by the helicopter of the Port Authority of Brindisi. Before him, in the last hearing, the co-accused owner Carlo Visentini made spontaneous statements. "It is certainly a tragedy, there have been deaths, which has affected and upset everyone. HoweverI feel serene in saying that everything that could have been done to make this ship safe, I believe I have done it". The boatswain on board, Angelo De Candia, was also heard, confirming the criticalities in the loading of the refrigerated trucks on the bridge, which according to the accusation were the origin of the fire. In thes hearing, another member of the crew made statements, Alfonso Borrelli, from Torre del Greco: "I did everything to save the lives of the passengers," he told the judges of the Bari Court. In the next hearing on May 17, some defense witnesses will be heard, including four shipwrecked. In the trial, which takes place in the court of Bitonto, 24 people are accused, including the owner of the ship of the Visemar company, the two legal representatives of the Greek company Anek Lines chartering the ferry, the captain Giacomazzi and 20 crew members- The Prosecutors Ettore Cardinali and Federico Perrone Capano contest them, in various ways, with the crimes of negligent cooperation, manslaughter and multiple culpable injuries as well as numerous security violations. The civil parties are the ministries of the Environment, Defense and the Interior, the Codacons, Confconsumatori and Anmil associations and about 70 relatives of victims and survivors.

The Cassation on Nov 28 has opposed the release of the 'Norman Atlantic' from seizure. The Court gave reason to the prosecutor's thesis, but the wreck had left Bari in July for Turkish breakers and was scrapped in Aliaga. The Court of Cassation upheld the thesis of the Public Prosecutor of Bari, canceling without delay the provision with which, in April, the magistrate of the Court of Bari Francesco Agnino, accepted the request of the defenders of the company that owned the ship, who had ordered the seizure of the ferry. The wreck had been moored for 4,5 years in the port of Bari, subjected to probatory seizure of the ship after the fire in December 2014, off the Albanian coast, which caused the death of 31 people and injured 64 others. The first degree trial will begin in February 2020 with 32 defendants (30 natural persons and two companies) for the crimes, contested by the magistracy in various capacities, of negligent cooperation in shipwreck, culpable homicide and multiple negligent injuries as well as numerous violations on the security and navigation code.