OVATION OF THE SEAS 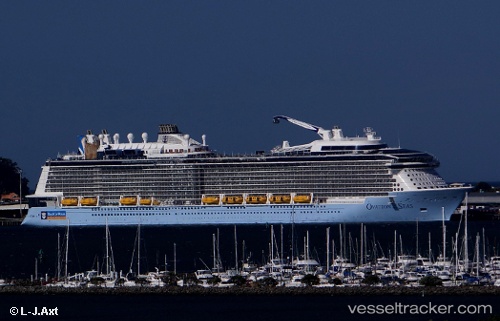 950 Indian crew members to be disembarked

Around 950 crew members stranded at different foreign destinations finally returned to India. In the morning of June 6, the 'Ovation of the Seas' reached Mumbai and anchored off the port.d a team of doctors have been sent aboard the ship to conduct Covid-19 tests. All Indian crew members have undergone testing and results were expected in two day. After all are tested negative for coronavirus, the ship will be berthed at the port and those on board will be disembarked. These seafarers are from different parts of the country, around 250 are from Goa while around 400 are from Mumbai. Buses have been arranged for the Goan crew members so that they can leave for Goa, while seafarers from Mumbai and others will go on their own. All the crew members were likely to test negative for COVID19 as all of them have been in quarantine since long. All passengers had disembarked by March end and since then only crew members were on board. The ship left from Manila few weeks ago and was disembarking international seafarers to their respective countries. Also the 'Anthem of the Sea' will arrive in the city on June 14.

Survivors of the volcano eruption on Dec 9, 2019, were planning to sue the cruise ship company Royal Caribbean for failing to warn of the risks involved in touring the area, lawyers said on April 27, 2020. There were 47 people, mainly Australian tourists, on White Island when the volcanno erupted, killing 21 people. Many were carried off with horrific injuries, including extensive external and internal burns from the explosion that sent steam, ash and gases hurtling from the caldera. Lawyer Rita Yousef, from Sydney-based Stacks Goudkamp, said the firm was preparing to launch legal action against Royal Caribbean on behalf of survivors and families of the victims, many of whom were passengers on the cruise liner. At least one Australian family and an unconfirmed number of others will sue for alleged negligence, breach of contract and violations of Australian consumer law. New Zealand authorities on Nov 18 raised the Volcanic Alert Level for White Island from Level 1 to Level 2 - the highest level before an explosion. Ms Yousef said there was no indication at all that Royal Caribbean was paying attention to the increased risk of the volcano erupting before a group of passengers joined a day-tour of the island. The cruise company had billed the trip to White Island as "an unforgettable guided tour of New Zealand's most active volcano"."At the very least, they should've informed their tour participants of the risk and let them decide if they wanted to take the risk," Ms Yousef said. New Zealand has a "no-fault" public indemnity scheme that compensates both its citizens and tourists involved in accidents. However, Ms Yousef said the Australians caught up in the disaster had ongoing costs and losses that would likely far exceed those payments. Ms Yousef said it was hoped the legal action would also hold Royal Caribbean to account for its alleged failings. New Zealand's government has launched an investigation into whether anyone was at fault in the tragedy but the probe was not expected to conclude before the end of this year.

On Feb 4, 2020, a passenger on board the 'Ovation of the Seas' died while the ship was enroute from Sydney to the Bay of Islands as part of an 11-night sailing. The vessel was carrying 4180 passengers and 1500 crew members. The death was not related to coronavirus and family of the guest were being provided assistance. The 'Ovation of the Seas' continued its sailing to Tauranga, Napier, Wellington, Dunedin and Milford Sound before returning to Sydney on Feb 13.