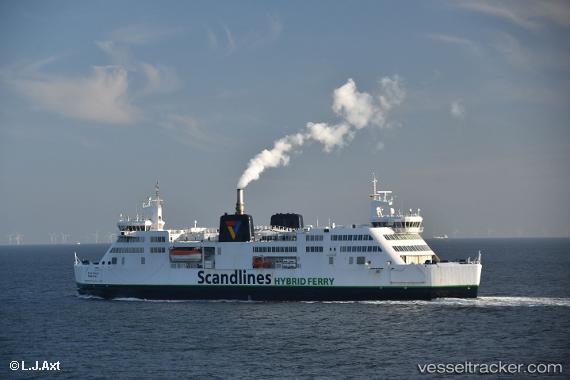 Scandlines ferries sidelined and searched due to bomb threat

In the afternoon of June 7, 2017, the "Schleswig Holstein" went back on the track as the first ferry of Scandlines which had temporarily suspended traffic between Germany, Denmark and Sweden due to an unspecified bomb threat by telephone. The ship was sailing without passengers and cars. Shortly thereafter the "Deutschland" from Rødby arrived. In Gedser the "Berlin" started sailing again. Both the route Puttgarden - Rødby and Rostock - Gedser were affected. In Puttgarden the ferries "Kronprins Frederik", which is used for dangerous goods, and "Prins Richard" were held in the port. They had already been unloaded and were searched in the course of the afternoon for explosives. The Danish police cleared ferries in Rødby and Gedser for safety reasons. They had got a clue that made it necessary to investigate the ferries in the two ports. The passengers had left the ferries sailing between Rødby and Puttgarden on Fehmarn as well as Gedser and Rostock. The eviction took place quietly and without drama. The "Copenhagen" was sidelined in Rostock by late afternoon, and the "Deutschland" remained at the quay in Rødby in Denmark, the Lübeck police said. She and the "Prinsesse Benedikte" were temporarily unable to leave port because of the situation. The water police Travemünde established a steering committee and was examining further measures in close cooperation with the Danish counterparts. In Puttgarden traffic was massively affected. Until the evening all rail connections were canceled. Cars and trucks were standing in long queues at the ferry terminal and on the evasive parking lots, which were almost completely occupied.

On Mar 29, 2015, the "Prins Richard“ caused an oil spill in Rødbyhavn. During the night repair works had been carried out aboard. In the morning hours it was remarked that 0,1 tons hydraulik fuel had leaked out. The ferry port of Rødby was completely closed for 6-7 hours, while the environmental service of the Lolland municipality started the recovery.

Passenger lost over board

On Dec 25, 2014, the DGzRS coordinated a large scaled SAR operation after a German passenger of the "Prins Richard" had gone over board north of the island Fehmarn. The lifeboats "Bremen" of the station Fehmarn/Großenbrode, "Heiligenhafen" from Heiligenhafen, the Danish "L. W. Dam" of the station Gedser, two ships of the Danish navy, the police boat "Neustrelitz" and two Danish helicopters were involved under the on scene command of the "Bremen. The "Prins Richard" had been underway from Puttgarden to Rødby. The water temperature was 6-8 degrees C. After 3,5 hours the search launched an investigation.