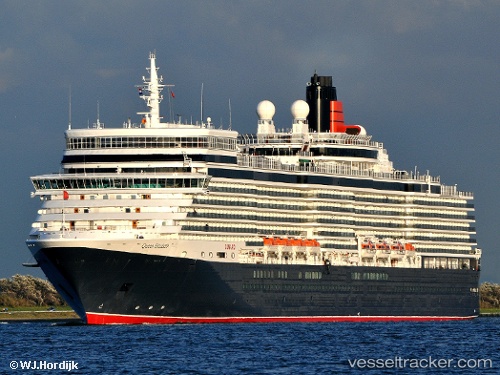 Sailings cancelled due to Covid-19 infections

The Cunard Line has canceled cruises of the 'Queen Elizabeth' on July 8, 2021, after news broke that an unspecified number of crew members boarding the ship had tested positive for COVID-19. The Carnival Corp. subsidiary's return to service is now scheduled for Aug. 13. Five sailings were canceled. While the cruise line worked with health officials to take immediate steps to avoid a COVID-19 outbreak on board – including limiting new crew who were joining the ship and implementing contact tracing and isolation – Cunard was unable to finish its preparations to resume sailing. The ship had been scheduled to sail with passengers for the first time July 19.

On Feb 20 an elderly man suffered a a broken femur in a fall on the 'Queen Elizabeth' off Mackay, while the ship was enroute from Brisbane to Macau. The crew requested a medevac of the 86 year old man. A helicopter hoisted the patient, and he was flown to Mackay for further treatment.