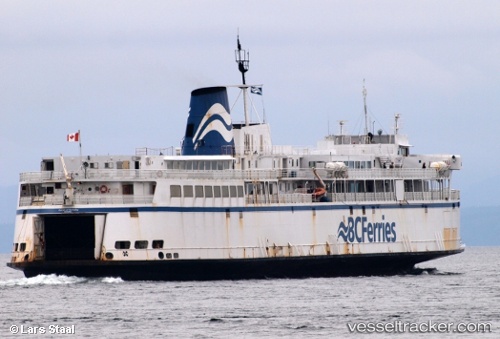 Bidding for the "Queen of Burnaby" closed in the afternoon of Jan 4, and the final price for the ship totalled $653,356.20 after taxes and fees. A total of 281 bids were entered on the auction website govdeals.ca. The ferry was currently mothballed in Richmond. According to the auction page, the "Queen of Burnaby" leaks hydraulic oil and is full of hazardous materials — including asbestos — so it's no longer fit for sailing. The ship was previously on it in Feb. 2017, but drew only a single bid for $425,000 plus taxes and fees. The highest bidder will be evaluated by the ferry corporation.

Ferry back on auction block

Only one bid for old ferry

Only one bid was submitted for the "Queen of Burnaby", which was advertised on an online auction site. The ferry has not been sold. Bidding closed in the afternoon of Feb 15. B.C. Ferries will evaluate the bid. If it didn't provide a viable option, they will issue an expression of interest. The minimum bid for the Queen of Burnaby was $400,000.