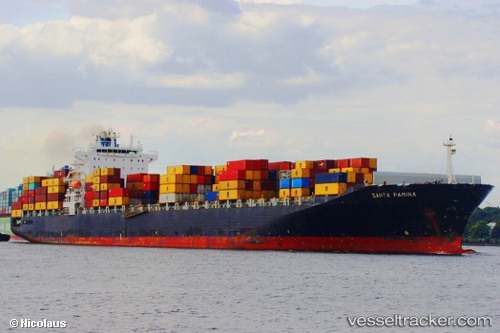 Symeon Palios-led Greek owner Performance Shipping, formerly known as Diana Containerships, has sold 2005-built panamax boxship Pamina for $9.125m. The 5,040 teu vessel has a fair market value of $9.7m according to MSI. It will be delivered to the buyer, an unaffiliated third party, by November 15.

Diana Containerships has announced that on November 28, 2014, through a separate wholly-owned subsidiary, it took delivery of the m/v “Santa Pamina”, a 2005-built Panamax container vessel of approximately 5,000 TEU capacity that the Company entered into an agreement to purchase on November 5, 2014. As previously announced, the “Santa Pamina” is chartered to The Shipping Corporation of India Ltd., at a gross charter rate of US$9,500 per day minus a 5% commission paid to third parties, for a period ending on minimum March 16, 2015 to maximum May 15, 2015. Including the newly delivered “Santa Pamina”, Diana Containerships Inc.’s fleet currently consists of 11 container vessels (4 Post-Panamax and 7 Panamax).