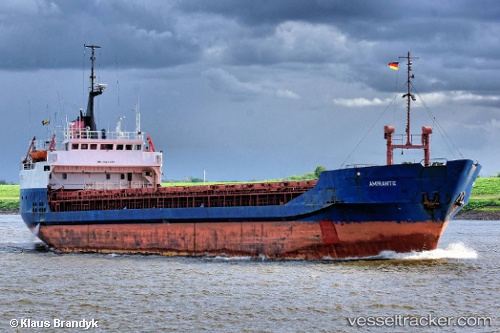 On March 16, 2016, the Odessa District Court confiscated the "Sky Moon" and her $650,000 worth cargo of soda, for multiple violations of Crimean shipping sanctions by calling Crimean ports. The ship was berthed in the port of Reni.

The Military Prosecutor’s Office of Ukraine has served the captain of the "Sky Moon", suspected in violation of the order of calling at the annexed Crimea, with charge papers. The captain, a citizen of Syria, was facing up to five years of imprisonment. The law enforcers have established eight calls at Kerch, Feodosiya and Sevastopol in the annexed Crimea during 2016. The vessel has sailed from there to Turkey and carried various goods such as scrap metal, caustic and commercial soda and flax seeds. Ukrainian border guards detained the "Sky Moon" with a crew from Libya and Syria on board on Nov 30, 2016. The vessel violated the order of calling at the annexed Crimea. She was detained by the border guards in the Ukrainian internal waters on the Danube River and, despite the resistance of the crew, taken to the Ukrainian port of Reni.

Master tried to run ship aground to avoid detention

The "Sky Moon" was detained by the Ukrainian Coast Guard on Nov 30, 2016, on the Danube river in Ukrainian waters for violating the Ukrainian ban on calling annexed Crimean ports. The vessel was taken to Reni port. While under way to port the master tried to ground the vessel in Romanian waters. The Coastguard prevented attempt. The nine crew members including the Libyan Master and eight Syrians, were also detained.