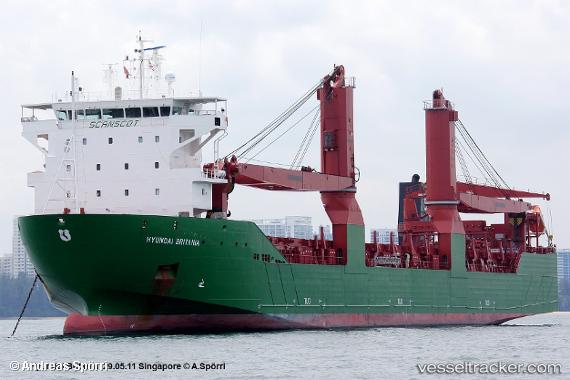 Three weeks after getting stuck in Arctic ice, the 'Sparta-3' finally made it into open waters. She had been in Dudinka and got stuck in the Yenisey Bay on Dec 13, 2020, as it returned towards Murmansk. Despite assistance from th icebreaking support ship 'Kigoriak', the vessel was unable to make it out of the ice captivity. Only on Jan 6, 2021, the 'Sparta-3' was sailing towards the Kara Gate, the southern tip of the archipelago Novaya Zemlya. She was escorted by the icebreaker 'Admiral Makarov'. In the area is alsothe support and rescue vessel 'Spasatel Karev'. There were light ice conditions in the area. As soon as the ships has sailed into the Barents Sea, they will encounter fully open water. The situation on board has been strained as reserves of fuel and water shrunk to low levels and the crew had to fight hard with icing. The ship did not have the necessary permissions for sailing in the area. The 'Sparta-3' could sail only on the westernmost part of the sea route, and no further east than Sabetta. Furthermore, the ship was allowed to sail without heavy icebreaker assistance only in waters either free of ice or with light ice. According to Rosoboronlogistika the ship had a delayed departure from Dudinka and worsened weather conditions. Atomflot did not have information about why the owners of the ship had decided to change the route and enter the Yenisey Bay without permission. Requests were sent to the captain of the 'Sparta-3' to explain the situation, but that no response was received. The owner was made aware that there were risks connected with the anticipated aid from nuclear icebreakers engaged in contracted operations. Nevertheless, the 'Sparta-3' set course for the port of Dudinka without permission.

The Sparta III' while en route from the port of Dudinka to Arkhangelsk, became stuck in ice in position 71 52 22.0N, 082 33 53.0E, in Yenisei Bay on Dec 13, 2020. Fuel and water supplies onboard were limited, and the crew was struggling with icing. The vessel was waiting for an agreement for the arrival of an icebreaker. Due to the deteriorating ice conditions, the vessel was drifting in the Yenisei Gulf as of 6 p.m. on Dec 17. The company's management has established an interaction with FSUE Atomflot. In the coming days, a nuclear icebreaker will be sent to escort the vessel to a safe navigation area. The vessel has the necessary supplies of food and lubricants, while communication with the Master of the 'Sparta III' was being maintained. The situation with the vessel was monitored.

Freighter acted according to rules

The "Sparta III", only when it rounded Skagen, stated that it had Cargo Hazard A (Major) goods on board, which is the highest classification for dangerous goods. She sailed through Danish waters on Nov 4, 2018. Cargo ships sailing through Danish waters are sailing channels that are international waters according to international law. The only place freighters must report to Danish authorities what cargo they carry is when they cross the international stretches of the Great Belt or the Øresund. In fact the "Sparta III" reported to VTS Storebælt, which controls traffic through the Great Belt before passing, just as the rules prescribe. The Danish Armed Forces on AIS keep an eye on information about ships' names, types and voyages. There are no legal requirements for ships to describe their cargo in the AIS system, so the statement that non-reporting of dangerous goods on board is considered as reckless and irresponsible act by regional newspapers and other media were wrong.