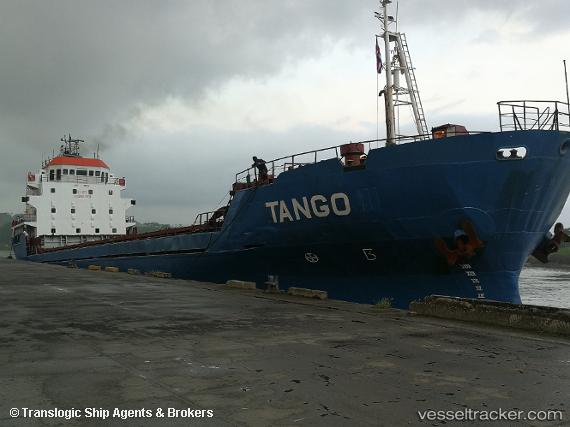 The United States Attorney for the Southern District of Florida and the U.S. Coast Guard Investigative Service announced the sentencing of defendant Americas Marine Management Services, Inc. from Florida, for oil pollution and ballast water crimes. Americas Marine Management Services had previously pled guilty to one count of failure to maintain an accurate oil record book and one count of failing to submit reports to the National Ballast Information Clearinghouse. The U.S. District Judge sentenced Americas Marine Management Services to five years of probation and a $1,000,000.00 fine. As part of the corporation’s probation, Americas Marine Management Services must complete an Environmental Compliance Plan in connection with eight ships in the Antillean fleet. JOut of the $1,000,000.00 fine, $500,000.00 were to be directed to the South Florida National Parks Trust. Americas Marine Management Services operated the "Titan Express" from a terminal on the Miami River. On or about August 9, 2010, the U.S. Coast Guard embarked the vessel to conduct a port state control examination. They noticed excessive oil and diesel fuel leaking from various components of the ship’s main diesel engine. The Coast Guard asked the ship’s chief engineer to operate the ship’s oil water separator, the pivotal equipment on board the ship for the management of oily waste. The oil water separator did not function properly and gave inconsistent readings. The Coast Guard opened the oil water separator’s content meter and observed that it contained untreated, viscous oil. The Coast Guard then examined the oil record book. It contained six fictitious entries showing purported usage of the oil water separator that, in reality, had never occurred. Overall, the oil record book did not provide any accounting for how Americas Marine Management Services and the crew of the vessel handled the ship’s oily waste. The Coast Guard then examined a log in the engine room entitled the “Night Orders Book.” An entry dated January 10, 2010 contained an order from the ship’s chief engineer to his staff to “Always pump out the bilge water. When finished, wash the pump with sea water for 20 minutes to clean out the line. If you don’t do it, you’ll bring pollution problems, especially in Miami.” Finally, the "Titan Express" departed the waters of a foreign country and arrived in Miami on July 29, 2010, without making the required report to the National Ballast Information Clearinghouse, which is a joint program of the Smithsonian Environmental Research Center and the U.S. Coast Guard.

Miami River shipping company Antillean Marine has been charged with knowingly dumping oil into U.S. waters, then falsifying its records to omit the offense, which could cost them more than $1.5 million in fines and put them on probation for years. The alleged offender is the Titan Express, a 260-foot cargo ship that ferries goods between Miami and Puerto Plata, a Dominican shipping port. The charges claim the boat did the illegal dumping on August 9 of last year, which, according to the company's online schedule, is the day it left Puerto Plata. The ship wasn't scheduled to arrive in Miami, around 750 miles away, for another three days, but the charges claim the oil was dumped "into the navigable waters of, and at a port and terminal under the jurisdiction of, the United States."