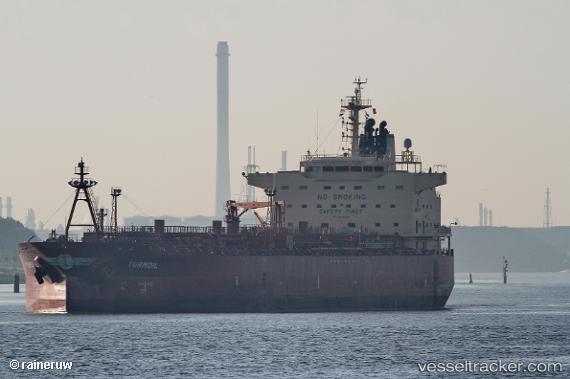 Product tanker Turmoil (29419 gt, built 2011), sustained a failure of its main engine off Lanoraie, Quebec, Canada, in position lat 45 57 25.0N, long 73 12 23.2W,at 0328 hrs, EDT, today. The vessel proceeded to the nearby anchorage under reduced power. The crew carried out the repairs and the vessel resumed its voyage.

Shipping Company In Court For Allegedly Underpaying Seafarers More Than $255,000

The Fair Work Ombudsman has commenced legal action against a Norwegian shipping company, alleging it underpaid dozens of foreign crew more than $255,000 while they were working in Australian waters. Facing the Federal Court in Sydney is Transpetrol TM As, which is part of a group of European companies which own ships that transport oil and petroleum products. The Fair Work Ombudsman alleges the company underpaid 61 crew a total of $255,042 when they were working on the MT Turmoil oil tanker in Australian waters between 2013 and 2015. The crew were mostly Indian and Filipino nationals and included a number of young workers aged as young as 21. The oil tanker conducted a series of coastal trading voyages in Australian territorial waters between ports in Perth, Adelaide, Burnie, Melbourne, Sydney, Brisbane, Darwin and the island of Groote Eylandt in the Gulf of Carpentaria, under charter by two Australian companies, BP Australia and Caltex. No allegations are made against BP Australia or Caltex. http://www.marineinsight.com/shipping-news/shipping-company-court-allegedly-underpaying-seafarers-255000/