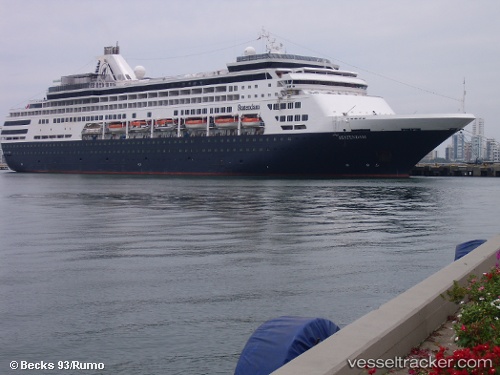 The 'Vasco da Gama' with 828 passengers on board suffered a two-hour lasting, controlled precautionary blackout on Adelaide approaches in the morning of Dec 6, 2019. An alarm light on the engine control room's panel led the vessel's captain to initiate the blackout as a precaution against damage to systems on-board and in order to investigate the alarm. All precautionary post-incidents checks were completed with no causes for concern identified. After power was restored, the ship safely reached port and was berthed at around 10 a.m.

On Aug 30, 2019, at 6 p.m. the CROSS Gris-Nez was alerted by the "Vasco de Gama" after one of his passengers had suffered health issues. After a discussion with the ship's doctor, a medical evacuation was recommended. Immediately, the CROSS alerted a Dauphin helicopter of the Navy base in Le Touquet which took off to the cruise ship which was eight miles off Boulogne-sur-mer. At 8:00 p.m., after having been conditioned by the medical team for the evacuation, the 85-year-old man accompanied by his wife were hoisted and transferred to the Boulogne-sur-Mer hospital where the man was taken care of at 8:10 p.m.