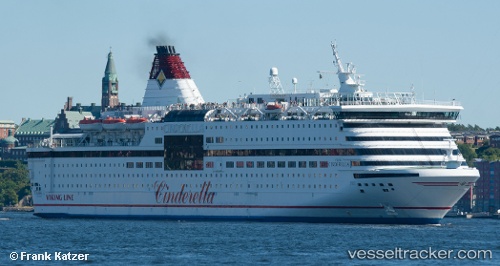 The Viking Line cancels all its cruises between Stockholm and Åland with the 'Viking Cinderella' between Nov 19, 2020, and Feb 3, 2021,due to the increased spread of the COVID 19-infections. As the situation in society has developed rapidly in recent weeks, it is important that we take our responsibility and cancel the cruises until it hopefully eases again, said Kenneth Gustavsson, marketing director of Viking Line Scandinavia. All the cruises of the ship were canceled this spring. With the help of a number of infection prevention measures in terminals and on ships, Viking Line was able to resume cruise operations during the summer and autumn - but now they are stopped again.

On the basis of the Ministry of Foreign Affairs's advice on all foreign travel and concerns about the corona virus Viking Line announced that all departures of the 'Viking Cinderell' between Stockholm and Mariehamnhave been canceled from March 16, 2020, to April 16. The last departure was from Marihamn on March 16 at 8 a.m.

On July 14, 2019, the "Viking Cinderella" suffered a technical problem and was unable to leave its berth in Stockholm where it had arrived from Mariehamn at 2.50 p.m. It also affected the "Rosella" which was waiting for a bus with passengers from the "Viking Cinderella" in Kapellskär. The trouble was resolved only at 11.30 p.m.