VOYAGER OF THE SEAS 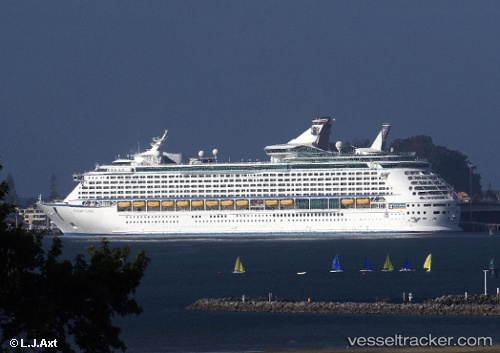 Four crew members of the 'Voyager of the Seas' which has been moored off Port Kembla since April 1, 2020, were tested positive for corona virus. Only persons who had showed symptoms of were in close contact with passengers who previously had been tested positive have been tested too. The test kits had been supplied by the Australian health authorities.

Royal Caribbean announced plans for $97 million in upgrades and enhancements to Voyager of the Seas. Part of the Royal Amplified program, Voyager of the Seas will become the fourth ship reimagined as part of the Royal Amplified fleet modernization effort. She will receive a number of new first-to-market features. Beginning Oct. 21, the newly transformed ship will set sail on a series of 3- to 5-night Southeast Asia itineraries from Singapore, followed by a season down under with 9- to 12-night South Pacific cruises from Sydney, Australia, starting on Nov. 30.

Two passengers died on cruise in Strait of Malacca

Two Singaporeans died aboard the "Voyager of the Seas", it was announced on May 15, 2019. The two, who were aged 61 and 75, died of unrelated natural causes. The cruise company informed the respective families and was providing them assistance. The "Voyager of the Seas" had departed from Singapore on May 13 at 4.30 p.m. and arrived in Penang on May 14, before setting off and docking at Phuket on Wednesday. It was expected to return to Singapore on May 17.