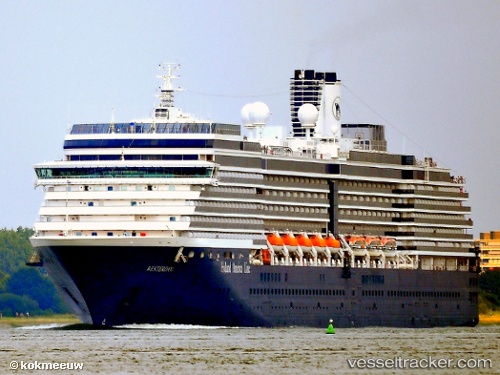 The 'Westerdam' arrived on March 16 in Honolulu and moored at Pier 2. She was scheduled to depart at 5 p.m. on March 17 and headed to San Francisco with an ETA as of March 24. There were no passengers aboard the ship which left Manila on March 2, but its crew disembarked in Honolulu. None of the previous passengers or crew have tested positive for the COVID-19 virus. The onboard doctor screened the crew members before they were released. The Coast Guard, the state and DOT Harbors Division were working with the cruise line and the ship’s crew to provide necessary services and to resupply it. The Westerdam crew had not left the ship since Feb. 26 so she was at sea longer than the 14-day incubation period before arriving in Hawaii. The 'Westerdam' departed Hong Kong on Feb. 1 with 1,500 passengers, who disembarked in Cambodia on Feb. 14.

Westerdam allowed to dock in Manila

The Philippine Coast Guard (PCG) allowed the 'Westerdam' to dock at the South Harbor of Manila for re-provisioning on March 1, 2020. The ship came from Cambodia and previously had a passenger suspected to be infected with coronavirus disease 2019 (COVID-19). The passenger has since tested negative for the virus. The vessel was allowed to dock until 8 p.m. of March 2, but may already leave hours early once they finish with their re-provisioning and possibly refueling. The only people on the 'Westerdam' when it docked at Pier 15 of South Harbor were its 747 crew. There were no passengers on board. More than 200 of them were Filipinos, who were disappointed because none of the crew were given shore leave or clearance to disembark from the vessel. The ship arrived from Cambodia on March 1 after being rejected by several ports in other countries with a report that one of the ship’s passengers was allegedly infected with COVID-19. However, a Centers for Disease Control and Prevention official told that all passengers were tested, including the person who initially tested positive, and were found negative for the coronavirus. The person may have only suffered a respiratory illness unrelated to COVID-19. The 'Westerdam' then continued to Manila for re-provisioning and refueling before it resumes its voyage to Hawaii.