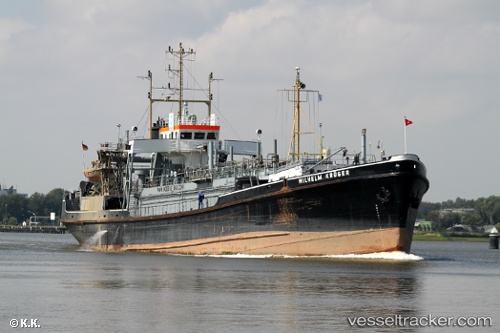 Hoeben RDM fined for demolition work on the water

During the demolition of the 'Wilhelm Krüger', the shipbreaking yard Hoeben RDM in Kampen interpreted the rules too broadly. On Aug 25, 2020, the police judge fined the company amounting to 12,000 Euros. The 'Wilhelm Krüger' has been partly demolished on the water, according to the Public Prosecution Service. Hoeben RDM has an environmental permit for the scrapping of ships, but that must be done on shore, said the public prosecutor. But the rules were unclear and above all unworkable, argued lawyer Mariska Pekkeriet. For example, on a ship to be scrapped, Hoeben is allowed to remove 'obstacles' before it is lifted onto the side. Regarding the dredger, a large part of the upper deck was demolished while the ship was still in the water of the Zuiderzeehaven which was allowed, according to Gerard Hoeben, because it was not demolished in the water. The public prosecutor thought otherwise. The shipbreaking yard Hoeben RDM often tries to extend the permit, according to him. In October2019, the judge already fined the company because a cutter sank at the quay without the company reporting this to authorities and because the 'Spranky', built 1972, was scrapped without a permit. The company was also warned in July 2016 during the demolition of the German supply ship 'Westerwald' which too was partly demolished while it was still in the water. By interpreting the rules 'too broadly', Hoeben was able to bring ever larger ships to the site, according to the Public Prosecution Service. All the necessary metal was removed on the water, after before the lighter ship was lifted onto the quay with a crane. The Public Prosecution demanded a fine of EUR 17,500 Euros in total. According to counsel Mariska Pekkeriet, the rules of the municipality were not enforceable in practice. Moreover, the 'Westerwald' was only demolished after consultation with the authorities. According to director Hoeben, the company invested an additional 125,000 Euros to demolish the 'Wilhelm Krüger' on shore. An extra pontoon and crane were needed for the demolition. The judge found it proven that Hoeben had not adhered to the permit. The fine was lower than the amount demanded by the Public Prosecution Service, partly because it concerned an old case. The company was considering an appeal.

On Feb 16, 2016, the "Wilhelm Krüger", 2994 gt (IMO: 8650124) which had left the port of Hamburg on Feb 12 bound for Hoeben RDM - Scheepssloperij & Scheepsrecycling in Kampen under tow got stuck on the Ijssel near Kampen in the view of the harbour. A tug was pulling the dredger towards the Zuiderzee Port, where it will be demolished. But just before the Island Bridge the ship got stuck in the mud. In the morning of Feb 17, three tugs were needed to refloat the "Wilhelm Krüger" again, which succeeded around noon, so that the dredger could be towed to the Zuiderzee Port. Dutch report with photo: http://www.destentor.nl/regio/kampen/baggerschip-strandt-bij-kampen-in-zicht-van-de-haven-1.5737395

...in Kampen and meanwhile towed to Hoeben RDM - Scheepssloperij & Scheepsrecycling. Before, some equipment was removed at the berth of the Lührs Company in the Ellerholz port in Hamburg before the ship left on Feb 12. Photo: http://forum-schiff.de/phpBB3/viewtopic.php?f=2&t=6135#p123300