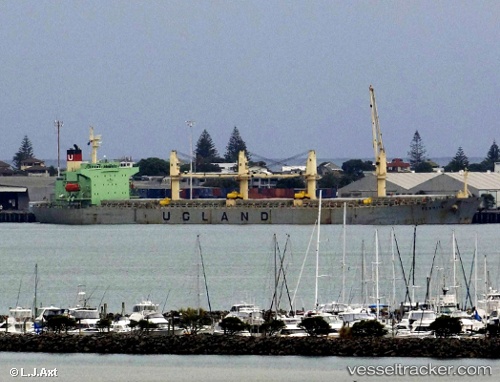 The "Fermita", being under the conduct of a pilot, reported a total failure of its propulsion system, while moving from Anchorage 11 in English Bay to Vancouver Inner Harbour, British Columbia, in position lat 49 17 32.4N, long 123 11 22.8W, on Jan 19, 2018, at midnight. The vessel aborted the move, returned and re-anchored at the Anchorage 11, with the assistance of two tugs.

HOUSTON - Rescuers were called to the Port of Houston on Tuesday morning after a worker fell into a ship’s cargo hold. The incident happened just after 10 a.m. on Dock 23. According to the Houston Fire Department, 15 rescue units and 60 firefighters initially responded to the call. Rescue teams used a basket to secure the injured worker and lift her out of the cargo hold of the bulk carrier Fermita. The woman was transported to the hospital by ambulance. Her injuries are reported to be non-life threatening. It was earlier reported that the injured worker was a man. Read more (with video): http://www.myfoxhouston.com/dpp/news/local/110426-man-falls-into-ships-cargo-hold#ixzz1KhV5DU00