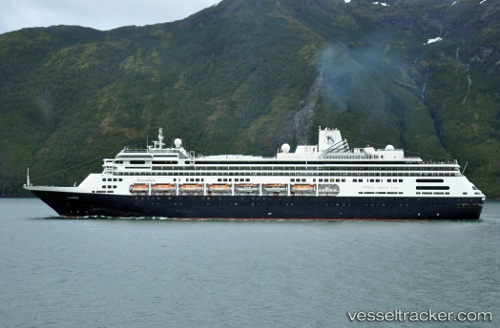 Peter Dolan, a Limerick businessman, has passed away last week after contracting COVID-19 on the 'Zaandam'. He was the owner of travel agent Creation Travel in Limerick city, with a specialist office in Portugal. He and his wife Caroline O’Connor were midway through the cruise when a number of passengers, including Dolan, became ill with the virus. The vessel had to terminate its voyage in Fort Lauderdale, Florida, with 1,243 passengers and 586 crew members on board. Dolan was transferred to the North West Medical Center in Margate, Florida, but passed away last week. His family was making arrangements to return his body to Ireland.

A crew member of the 'Zaandam' who was in the hospital for days has died on April 8. Broward County Coroner Craig Mallak confirmed the death of the 50-year-old Wiwit Widarto from Indonesia who had tested positive for coronavirus. It was now the fourth death of COVID-19 related to the 'Zaandam' which had docked in Fort Lauderdale six days before his death. The ship spent two weeks at sea and was rejected by South American ports. Four elderly passengers had already died before the ship had reached Fort Lauderdale. Three of those men tested positive for COVID-19. The fourth man died from a viral infection. Some 1,200 passengers disembarked from the 'Zaandam' and its sister ship 'Rotterdam'.e, 29 passengers were kept on board because they were slightly ill. They were due to finally travel home on April 9 on charter flights.

The evacuation of passengers from the 'Zaandam' in Fort Lauderdale has been completed. All passengers not infected with the corona virus have now flown home. The sick persons have been hospitalized. Only a part of the crew was still in quarantine on board. Large groups of Americans and Canadians have left after the eviction started on April 3. A plane also took off to Paris. 72 German passengers arrived in the morning of April 4 at Frankfurt airport. Report with photos: https://www.theguardian.com/world/2020/apr/03/cruise-ship-coronavirus-passengers-zaandam-rotterdam-florida