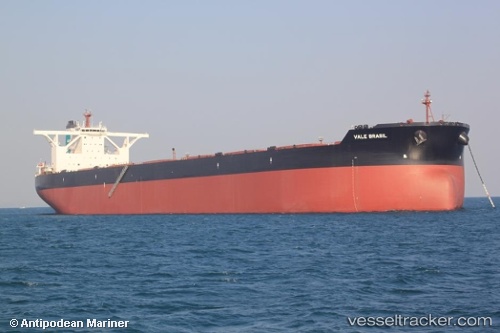 China's restrictions on allowing the large 400,000 dwt dry bulk carriers to call at its ports could be relaxed as the government starts consultation on revising port safety regulations, Seatrade Global reports. In a letter requesting for feedback on future administrative measures for the safe berthing of coastal vessels, China's ministry of transport seeks to ensure its ports can keep pace with the trend of vessels getting larger and at the same time maintain safe operations. Among the several consultation points include a reconsideration on allowing bulkers larger than 300,000 dwt to berth provided that certain safety criterias are met. For more than a year, the powerful China Shipowners' Association (CSA) has lobbied against the idea of allowing those 400,000 dwt valemaxes to call at Chinese ports due largely to safety issues. Read more at: http://www.seatrade-global.com/news/asia/china-reviewing-restrictions-on-valemaxes.html

Japan's port of Kimitsu has received a 400,000 dwt valemax for the first time on 19 January, Brazil's mining giant Vale announced. Vale Brasil arrived at Nippon Steel & Sumitomo Metal's Kimitsu works near Tokyo. The valemax bulk carrier first berthed at Oita port where about 200,000 metric tonnes of iron ore were unloaded. The vessel then sailed to Kimitsu to deliver the remaining cargo, according to Vale. Vale Brasil, claimed by Vale to be capable of achieving carbon emissions reduction by 35% per tonne of ore transported, had visited Oita in June 2012.

Vale claims clearance for valemaxes to call at Chinese ports

The world's largest dry bulk carrier valemaxes will be able to call at Chinese ports in 2013, according to Jose Carlos Martins, executive officer for ferrous minerals operations and marketing for Vale, Brazil's mining giant, reports said, Seatrade Asia online reports. The Vale official did not provide further details of potential reverse in policy from China regarding the 400,000-dwt valemaxes. Beijing had denied valemaxes from anchoring at Chinese ports, citing safety concerns. At the same time, Chinese shipowners have vociferously protested against Vale's use of the super-sized bulkers, claiming the mining firm is trying to gain monopoly over the seaborne dry bulk trade.