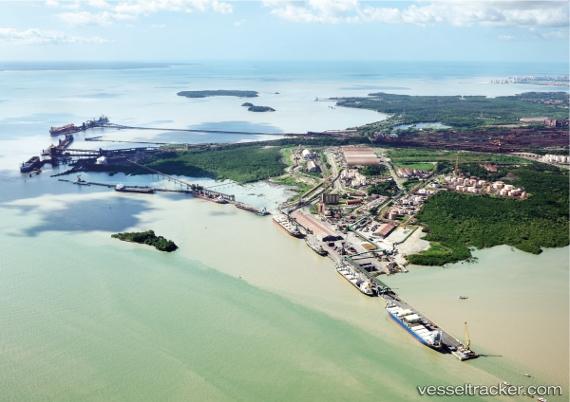 ⚓ Brazilian Port workers carry out strike this Friday ⚓ Federal government lifts restriction for travelers coming from Africa Brazilian Port workers carry out strike this Friday This Friday (28), port workers all over Brazil have been on strike. The demonstrations have begun at 7 am and shall last until 7pm. The context of the demonstrations is related to CODESA, port authority for the state of Espírito Santo, set to be auctioned on March 25th, 2022. With other four similar auctions being expected this year, port workers are protesting against what they view as a privatization process of the Public Port Authority. After leasing 12 port terminals in 2021 (generating a total of BRL 1.8 billion in investments), the Federal Government now aims to modernize the port authorities themselves. The demonstrators, however, believe Brazil is going against basic principles of the global port system, where the State is present in port management for its administration in matters such as health, safety and the environment. Federal government lifts restriction for travelers coming from Africa Last Friday (21), the Federal Government published an ordinance that ends restrictions on entry into Brazil for travelers coming from Africa. The measure follows Anvisa's guidance published in early January. Now, travelers with passages through South Africa, Botswana, Eswatini, Lesotho, Namibia and Zimbabwe are once again allowed to enter Brazil, provided they present the RT-PCR test with a negative result performed 72 hours before, or the negative antigen performed 24 hours before. It will also be necessary to fill in the Traveler's Health Declaration (DSV) and present the vaccination card. Our team is closely monitoring the situation. For any questions please direct to noelmagioli@gmail.com

Heavy rains put pressure on Itaqui and Ponta da Madeira terminal Heavy rains in state of Maranhão have put pressure on the shipment of iron ore and soybeans. Climatologically, the month of March is one of the rainiest months of the year in the region of São Luís, capital of Maranhão. However, we are facing the second rainiest March in 15 years, having already accumulated more than 686mm. During this week, the region reported a line up of 70 vessels. In addition, an accident with one of the eight conveyors belt that load the iron to the ships at the beginning of the year made the productivity projections more distant from being reached. According to José Reinaldo, ex-governor and ex-minister of Transport, a way to minimize the problems would be to start the transition from the Ponta da Madeira Terminal to receive other cargo, especially from agribusiness. It is worth mentioning that the completion of the North-South Railway and its connection with Fico (Central-West Integration Railway), scheduled for the next three years, will cause the volume of agribusiness loads to rise and the EFC (Railroad) Vale's Carajás), in addition to the ports in Maranhão, could become bottlenecked for the flow of these new volumes. To avoid the bottleneck, Reinaldo suggests the construction of a railway extension from the EFC to the TPA (Alcântara Port Terminal), a private terminal already approved by ANTAQ. The new terminal negotiates with Vale to make the handling of ore cargo feasible. TPA draft is superior to that of Ponta da Madeira and would expand the Brazilian ore shipping capacity. It is estimated that TPA's handling capacity could reach 560 million tons per year, which would make it the largest iron ore port on the planet. Companies should be aware of potential disputes with demurrage claims and cargo (soy) quality due humidity. With informations from Agência INFRA. Our team is closely monitoring the situation. For any questions please direct to noelmagioli@gmail.com

ANTAQ expects 18 port auctions in 2021 With total investments of R$ 4 billion, 18 port auctions are expected to be held in 2021. The information was confirmed by the general director of ANTAQ, Eduardo Nery. Also in April, bids are expected for four areas at the Port of Itaqui/MA for the handling of fuels; and one at the Port of Pelotas (Rio Grande do Sul) for general cargo, especially wood. These five auctions alone are expected to reach approximately R$ 610 million in investments. According to Nery, tenders are essential to increase port infrastructure, in view of the country's multimodality. "Improving the port infrastructure is fundamental, since the movement of cargo in organized ports and in authorized and leased terminals has a high bias", said. The development of multimodality is also part of ANTAQ's planning. "It is important to identify logistical corridors, economic scenarios, origins and destinations of cargo," said the director-general, stressing that there is a need for a governance structure so that the country can take advantage of multimodality in transport. Another point defended by the director was the government program entitled "BR do Mar", whose objective is to increase the supply of cabotage, encourage competition, create new routes and reduce costs. The bill is about to be voted on in the National Congress. The importance of waterways and the country's potential for inland navigation was also highlighted. Source: ANTAQ / Federal Government Auction for terminals in the Port of Itaqui is scheduled for April this year With the forecast of moving more than R $ 30 billion in investments in the port sector by 2022, the Federal Government expects to carry out about 30 tenders and sign 60 contracts for the adhesion of private use terminals, continuing the revolution that the segment is going through in the country . The auction of the Porto do Itaqui terminals in São Luís (MA) is scheduled for April 9, 2021. In Maranhao, four more fuel terminals will be leased at the Port of Itaqui: IQI03, IQI11, IQI12 and IQI13, responsible for the handling and storage of liquid bulk, mainly fuel, in addition to other complementary facilities. The complex works as a distribution hub for the north and northeast regions, serving Maranhão, Tocantins, Pará and Mato Grosso, in addition to other nearby states by coastal shipping. The leases have already been authorized by TCU and notices published with a date scheduled for auction on 04/09/2021. Currently, the portfolio of the Ministry of Infrastructure has the largest concession program in the world, with a forecast of R$ 264 billion in investments. The idea of ​​the Ministry of Infrastructure is until the end of 2022, to deliver a properly organized port sector, with legal certainty and without expired contracts. Source: Blog Isaías Rocha Sent - shipping.sao luis@gac.com