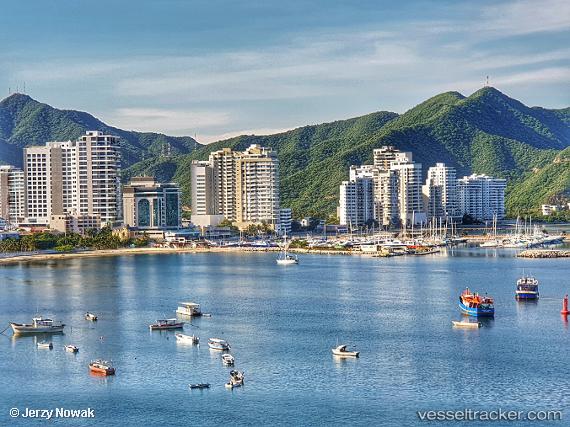 Colombia’s 7 million mt/year Carbosan port at Santa Marta on the Caribbean coast has restarted coal loadings after the country’s environmental agency lifted a suspension put in place last month, according to a local source Tuesday, June 7. On Friday the national environmental licenses agency (ANLA) reversed its ruling of May 12 that suspended all coal storage and loading operations at the facility due to concerns over environmental threats to wildlife and air and water quality in the surrounding area. According to the source, ANLA carried out inspections on May 31 and June 1 and was satisfied that requested improvements had been made. On Friday, the port started loading trucks with coal. Loading of ships has yet to restart but a preliminary loading schedule is expected to be announced this week. According to shipping data, Carbosan exported 1.17 million mt of coal in the first four months of 2016, up 73% on the year earlier period. Source: Platts

The largest global container firm Maersk Line has launched a new weekly service between Santa Marta and Turbo in Colombia and Northern Europe specifically designed for refrigerated cargo. Danish container shipping giant added this new service from Latin America to Europe and a new call on an existing service in the trade lane in an effort to tap one of the areas where container lines can still gain steadily profitable business: reefer cargo. The new service has a rotation of Turbo and Santa Marta in Colombia, Portsmouth in UK, Antwerp in Belgium, and Hamburg in Germany and began its maiden voyage on January 8, 2016. From pineapples to avocados to bananas, fruit exporters can now take advantage of Maersk Line’s reliability and reefer expertise to access European markets with the knowledge that their products are in the very best hands. http://www.marinelink.com/news/colombia-express-service404344.aspx

Goldman Sachs mining affiliate CNR has reached a deal with a public port in Colombia to load its coal shipments which have been suspended for a year after its own docks fell foul of environmental regulations, a port source told Reuters on Monday. CNR or Colombian Natural Resources will export via the Carbosan terminal at the publicly owned Santa Marta port, the source said, but he could not ascertain from when.