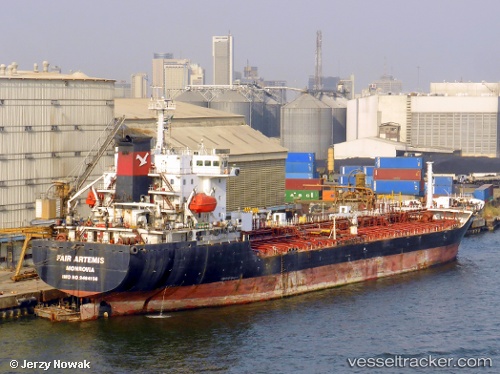 The "Fair Artemis" which was hijacked by pirates off Ghana’s waters in June, has finally berthed at the Takoradi Port to offload oil on Aug 8. The pirates siphoned 3,500 metric tonnes of crude oil from the vessel into another vessel and voyaged to Benin for sale but they were arrested by the security agencies in that country. The Director-General of GPHA led a delegation including the Western Regional Minister, Mr. Paul Evans Aidoo and his deputy, Mr. Alfred Ekow Gyan, the Director of Takoradi Port, Captain James Owusu Koranteng and some port officials to visit the recovered vessel, which was anchored at the breakwaters.