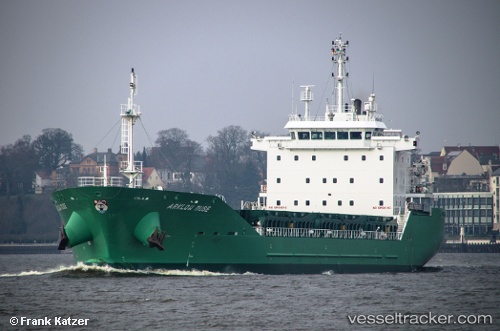 Bulkcarrier hit into the stern by tanker

After having left the Kattwyk Terminal in Hamburg bound for Gdansk on Mar 5, 2014, at 3.20 p.m., the tanker "Ginaldag" allided with the side and middle wall of the Southern lock of the Kiel Canal in Brunsbüttel at 7.25 p.m. The tanker had tried to enter the lock without tug assistance and got perpendicular to the basin. Next the ship ran into the stern of the "Arklow Muse". The lock was completely closed for ship traffic during the survey by divers. The "Arklow Muse" resumed its voyage eastbound at 9 p.m. and was expected to dock in the North Port of Kiel at berth 32a on Mar 6 around 3 a.m. The tanker was towed out of the damaged lock by the tugs "Luchs" (IMO: 8912211) and "Wolf" (IMO: 9036260) in order to be berthed at the pier 8 in the oil port of Brunsbüttel at 11.45 p.m. It was expected that the lock might be reopened for ship traffic around midnight. Photos: http://forum-schiff.de/phpBB3/viewtopic.php?f=9&t=1377