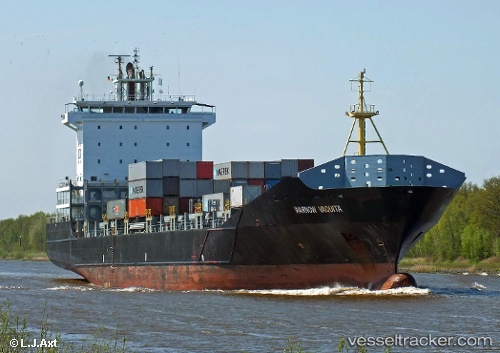 Gibdock’s success in attracting German shipowners to its facilities for shiprepair work continues to grow, with three German containerships docking at the Gibraltar yard within a six-week period during the last quarter of 2017. Ahrenkiel Steamship’s 1,300 teu AS Fatima spent time in drydock in the fourth quarter for varying maintenance and repair programmes. The 166m long AS Fatima arrived in Gibraltar in late October and was primarily docked for work to address a stern tube issue. This required the yard to dismantle and remove the tailshaft and transport it to the workshop, where the propeller blades and blade carriers, as well as the propeller hub itself, were completely overhauled. During the AS Fatima’s 21 day stay at the yard Gibdock also conducted a complete overhaul of the vessel’s main engines